The premiere of the final season of HBO's Game of Thrones is right around the corner, and fans are starting to feel the chills with the many teasers and trailers that have been released in the past few weeks.

Get a preview of the winter to come as SKY brings you the Game of Thrones inspired “Fire or Ice: A Musical Spectacle on Ice.” Mall-goers and fans will be able to enjoy wonderful performances from two high-level Filipino figure skaters on April 12 and 13 at 6PM, at the SM Skating Rink in SM Megamall.

Opening the show will be 4G String Quartet, followed by performances from Sofia Guidote of the Philippine National Figure Skating team, as Daenerys Targaryen; and high-level skating coach Joel Minas as Jon Snow.

Sofia Guidote has been earning recognitions and awards at figure skating competitions both national and international, as far back as 2010, and has recently bagged Gold for the third year in a row at the Philippine National Competition. 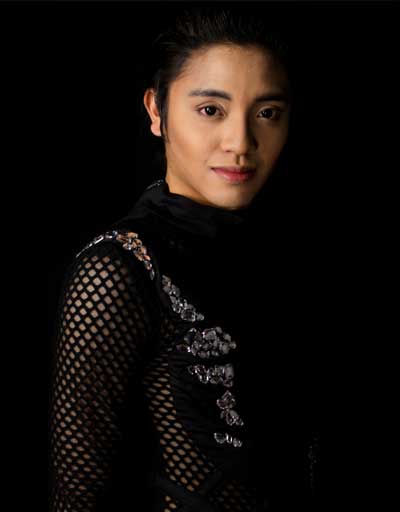 Currently one of SM’s high-level skating coaches, Joel Minas has been skating since 2002, and had been a member of the Philippine National Figure Skating. He’s bagged plenty of accolades, including as many as 30 gold medals, from both national and international competitions.

Together, they’ll be sure to give a spectacle to remember.

Make sure to bring your cameras, for the photo op you can get with Daenerys and the Night King cosplayers on Friday; and Jon Snow and Sansa Stark cosplayers on Saturday, after the program.

Meanwhile, SKY Subscribers can re-watch all their favorite Game of Thones episodes, easily and for free with HBO GO available for free trial until April 15. Don’t forget to tune in to the final season premiere of Game of Thrones on April 15, Monday, at 9:00AM on HBO and HBO GO.

See Philippine top figure skaters bring GOT to life on ice.
Welcome, SKY Kapamilya!
We use cookies to improve your browsing experience.
Continue to use this site means you agree to our use of cookies
Tell me more!
×