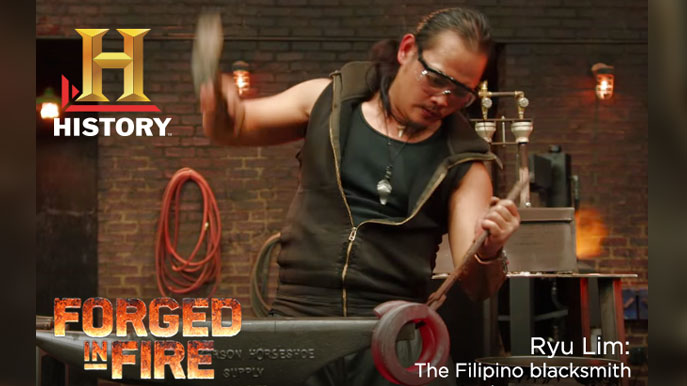 Forged in Fire: World-class bladesmiths compete against each other

On this all-new competition show, the best bladed weapon-makers in the country go head-to-head building everything from Viking battle axes to Samurai swords to Indian claw daggers. There will be new weapons and contestants every week, and stunning tests of their creations. In each stand-alone episode, four new contestants battle it out in a quest to prove they can build a particular weapon better than anyone else--and they're doing it by hand. This is the show that turns the craftsmanship, legend and excitement of weapons-building into an against-the-clock battle of wits, resourcefulness, and ingenuity. Contestants compete over a series of elimination challenges using the "garage" of tools provided. Each challenge centers on fabricating a component of the overall weapon. Judged by an esteemed panel of unimpeachable weapons experts, the race to create the episode's weapon of choice is a journey through weapon history under Mission Impossible time constraints with an explosive finale.

Currently in Union, NJ. Nomadic Bladesmith(but usually stay around NJ for personal reasons) Originally from a small humble village at the mountain's foot(actually a sleeping volcano) located in one of the northern islands of the Philippines. I've been helping around at the local smithies since I was 8 years old, moving charcoal(coal wasn't readily available but there were plenty of trees on the mountains for charcoal making) and working the bellows. I was first permitted to pickup a hammer at around the age of 9. I forged my first sword at the age of 10(mild steel. Not worth bragging about but I thought worth a mention). I moved to a different village for easier access to education, but it was a farming village and blacksmithing wasn't as common. I kept swinging my hammer anyway, using improvised tools and very crude forges. I found home in the United States soon after the nearby volcano buried my second village. I landed on the city so it became harder to forge but I always found ways to never stop swinging. Never sold my blades, instead always traded them for items and tools I couldn't afford with money. And then, around mid last year when I started my Instagram account and started selling there.

Fast forward, I found myself in a studio forge in front of a mystery metal shrouded in red cloth, unsure of what the show wants me to do with that metal. I never would've gotten through this harsh competition if it wasn't for the gentlemen who stood by me as friends instead of competitors. Being in the show sucked, but meeting these 3 gentlemen made this experience worth cherishing for the rest of my lifetime. The most valuable thing I won from that show are my now treasured friends who I call my brothers. Jonathan Porter of Doghouse Forge, James Huse of Huse Knives, and of course, Phil Evans of Glenview Forge.

In this explosive new series, four bladesmiths will compete for $10,000 and the title of Forged in Fire champion. Across three grueling rounds, competitors design and forge deadly edged- weapons of war. Their work will be put to the test, and those that fail will be sent home. In the final round, the two remaining bladesmiths must forge one of the most iconic weapons from history; the Japanese Katana. Their swords will be pushed to the absolute limit…the final test will determine which is stronger; their Katanas or a speeding bullet?

Four bladesmiths must forge a weapon using only reclaimed metal. With the clock winding down, two of the competitors are dramatically forced to improvise, and one almost doesn’t make it through the round at all. The finalists head to their home forges to make an ancient Indian Chakram, and they return with two very different interpretations of that deadly, circular throwing weapon. But only one stands up to the judges’ dynamic battery of tests.

The bladesmiths must transform a steel "train spring" into a weapon of their choosing. Only two competitors will move on and are given just five days to forge a legendary Viking Battle Axe. After a barbaric round of testing from the judges, only one man will be left standing.

For this week’s challenge the competitors create their signature blade by using the Hada technique–a traditional process that involves forging multiple layers of steel together. The pressure mounts as one of the smiths is pushed to his absolute breaking point. In the final round, two competitors go head to head to create one of the series’ most unusual weapons. 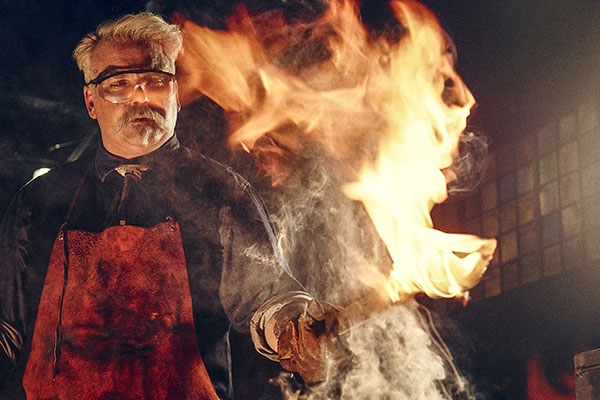 Wil Willis An Army Ranger for four years and Air Force Pararescueman for roughly ten years, Wil has hands-on experience with a wide range of weapons in real battle situations. Wil understands that a well-designed weapon used properly can literally make the difference between life and death. This unique perspective makes Wil perfectly positioned to host the competition and offer invaluable insights into the bladesmith’s weapons from a combat perspective. 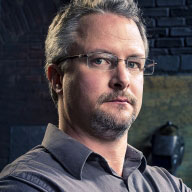 J. Neilson has been making knives for 20 years and is one of the best all-round bladesmiths in the world. He was recognized in 2008 when he achieved the rank of Mastersmith in the American Bladesmith Society, a title held by less than 115 people worldwide. Forging blades professionally, out of his "shop in the woods" in the endless mountains of northeastern Pennsylvania, has made J. an expert in "sole authorship" blade-making, a total mastery of every element of weapon design and manufacture. His internationally recognized experience and credentials mean that no one is better suited to assess the process of edged weapon making. 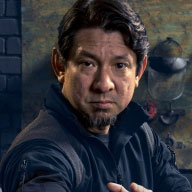 Doug Marcaida is an edged weapon combat specialist who also designs some of the world’s deadliest blades. Doug is a highly skilled martial artist who has also studied fighting styles and techniques around the world. From hand-to-hand combat to battlefield strategy, Doug is a walking encyclopedia in the evolution of weapons of war. Doug will give a peerless perspective on the fighting style of the weapons as well as their design and take the lead when it comes to testing the weapons made in the competition. 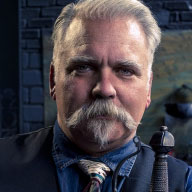 David Baker is a world-renowned swordsmith who specializes in recreating some of world’s rarest edged weapons. David is constantly challenging his scholarship of weaponry, researching forgotten techniques and examining world-class collections to ensure his replicas are as close to and as functional as the originals. David has been called upon to make weapons that haven’t been seen outside of museums in centuries. He is the go-to guy for accurate replicas from samurai swords to submachine guns. No one can give more insight on the craft of weapon making and what it takes to forge a beautiful piece of historic weaponry.

History is also available online via livestream on SKY On Demand if you are subscribed to the channel. WATCH NOW | KNOW MORE

Watch History in High Definition!
Choose to add History to your SKYcable basic plan via SELECT for only Php 50/month in HD.

FORGED IN FIRE features world-class bladesmiths competing against each other to create some of the most iconic edged weapons from history. In each episode, four of the best bladesmiths in the country will come together to put both their skills and reputations on the line. One by one, the bladesmiths will be eliminated until only one remains to be crowned the champion.
Welcome, SKY Kapamilya!
We use cookies to improve your browsing experience.
Continue to use this site means you agree to our use of cookies
Tell me more!
×