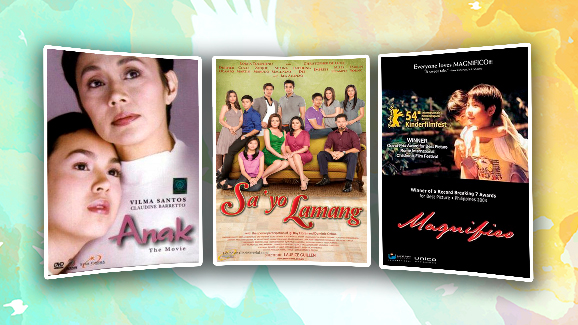 A woman struggling to make a better life for her family finds that her efforts have caused a rift between her and her children in this downbeat family drama. Josie is a mother of three children (Carla, Michael, and Daday) from the Philippines who takes a job in Hong Kong as a nanny for a wealthy couple for several years. She knows she can make far more money in Hong Kong than she could at home, but also has qualms about how her absence will affect her children, especially when her husband died not long after she left. When Josie returns home, she has gifts for everyone and savings from her salary, which she plans to use to start a business. Her children, however, don't welcome their mother with open arms. The younger kids, Daday and Michael, are guarded around Josie, and while they eventually mend their relationship with their mother, the oldest, Carla, does nothing to disguise her resentment for what she sees as callous abandonment of her family. Carla openly challenges Josie's authority, starts dating boys she knows her mother wouldn't approve of, flaunts her burgeoning sexuality, begins using drugs and has multiple abortions.

In a Philippine village outside the island of Luzon, one special boy changes the lives of everyone he meets. Known to all as Magnifico, his name is Pikoy, a child of an impoverished family. His father works odd jobs, his elder brother has lost his academic scholarship, and his mother spends her days caring for both Helen, a young daughter, who suffers from cerebral palsy, and for her husband's aging mother, who lives upstairs in the family home. Magnifico is a sweet and well-intentioned boy, who is often berated by his father for his stupidity, an unkind assessment for a child who is considerably more clever than anyone gives him credit for.

Dianne seems to have a happy family.She and her mom just bought a house for them,her younger siblings are doing great at school, and her boyfriend of two years is already preparing for their future together. But everything in her life shatters when her dad, Franco, returns after ten years of being with his mistress. More than the irritating presence of Franco, what hurts Dianne the most is how her mom wholeheartedly accepts Franco back to live with them again, and how her siblings allow him to be their father again, as if he never left. Confused and hurt, Dianne does everything to throw Franco out of their lives. But as she succeeds with her plans, she is shocked to learn that their family’s problem is more than the return of the man who has hurt her in the past.And thus the start of the journey of Dianne and her family as they discover their family’s secrets.

Mga inspirational movies on love and family, hatid ng SKY Freeview ngayong April!
Welcome, SKY Kapamilya!
We use cookies to improve your browsing experience.
Continue to use this site means you agree to our use of cookies
Tell me more!
×