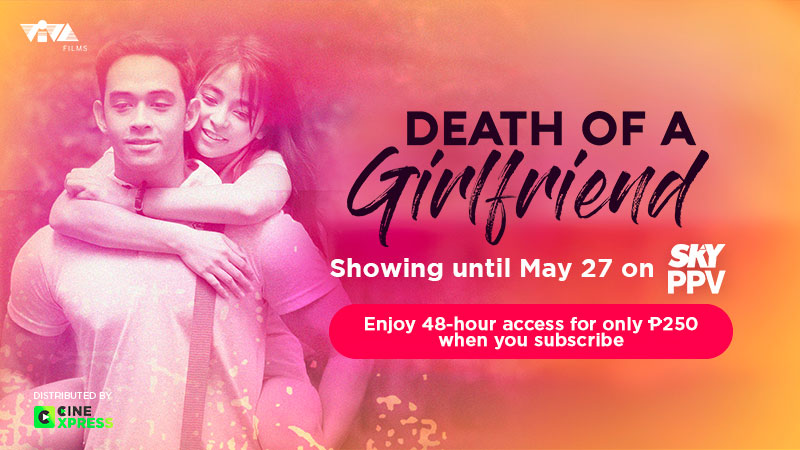 A mystery-love story comes your way as SKY Pay-Per-View presents the premiere of Viva Films' "Death of a Girlfriend," featuring the first team-up of Diego Loyzaga and rising star AJ Raval.

Yam Laranas, the director of award-winning thrillers and horror films "Sigaw" and "Aurora," brings the story of the mysterious death of a girl named Christine (AJ), who was found brutally murdered in a forest.

As an investigation summons her boyfriend Alonzo (Diego), alongside the two prime suspects, a forest ranger and a farmer, each has a version to tell about her strange death, leading them to discover Christine’s body in the woods.

Finding no version of the story credible enough, the police will mine forensic evidence to find out the truth as only Christine can truly tell the real story. Find out the shocking revelation as "Death of a Girlfriend" airs on SKY Pay-Per-View, commercial-free and in high-definition, showing until May 27.

SKYcable subscribers can avail now of its PPV pass for only P250 and get 48-hour movie access. To subscribe, visit mysky.com.ph/skyppv or text SKY PPV <Accout No.> to 23662.

SKY Pay-Per-View presents the premiere of Viva Films' "Death of a Girlfriend,"
Welcome, SKY Kapamilya!
We use cookies to improve your browsing experience.
Continue to use this site means you agree to our use of cookies
Tell me more!
×