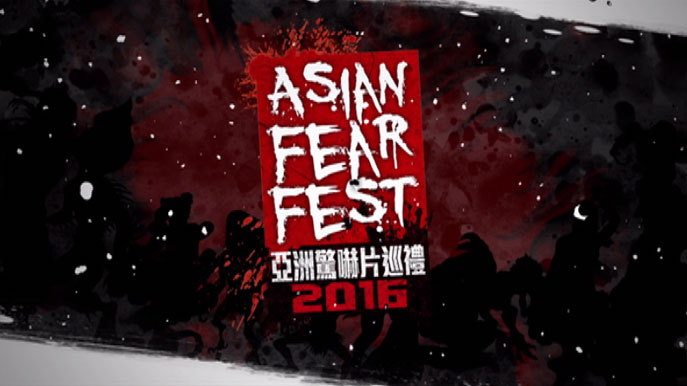 
Thrill has searched across the region to bring back Asian Fear Fest, a selection of spine tingling tales of terror from across Asia, including Korea, China, Hong Kong and Thailand.

Six medical students boldly decide to stay over at an abandoned school after hearing rumors of hauntings which started six months earlier after a bizarre murder occurred there.

Delusion tells three interconnected stories about characters all surrfering from delusional disorders: a girl who is “seeing things” after an unrequited romance; another girl and her imaginary boyfriend; and an insomniac who is convinced he’s witnessing a girl being tortured by a man living across from his apartment window.

A mythical game that turned a relaxing vacation into a trip they will never forget.

In this Korean thriller, a psychiatrist/exorcist attempts to help a possessed woman and is confronted by a powerful existence that is causing extreme horrors to arise our of her.

In this Thai horror-comedy set in Bangkok, a production team decides to work with two ghostbusters and film real haunted areas to stop their show from being cancelled.

Catch all the movies every Thursday at 9PM and 10:40PM!

August 18 – Korea
The Chosen: Forbidden Cave
The Chronicles of Evil

Thrill not yet in your plan?
Choose to add Thrill to your SKYcable basic plan via SELECT for only Php 50/month in Standard Definition.

Thrill is also available online via SKY On Demand if you are subscribed to the channel.
WATCH NOW | KNOW MORE

Asian Fear Fest on Thrill this August!
Welcome, SKY Kapamilya!
We use cookies to improve your browsing experience.
Continue to use this site means you agree to our use of cookies
Tell me more!
×