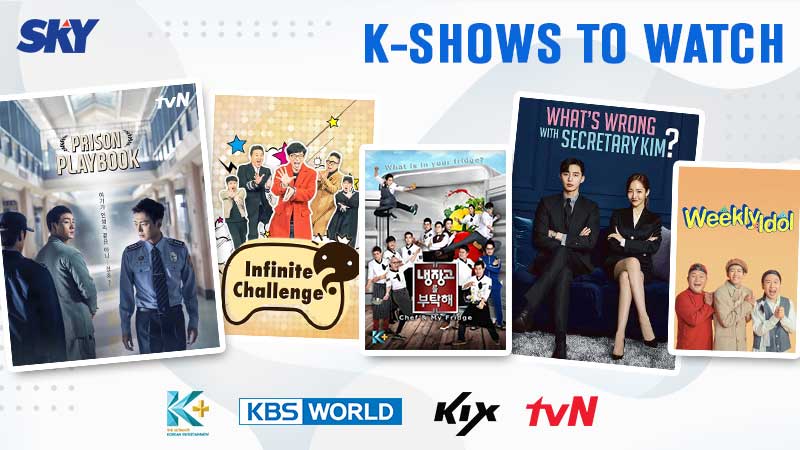 Everyone's caught up in the Korean craze. So, as we all #StayHomeTogether, we're keeping you up-to-date with the latest and trending shows in Korea.

Check out these shows with rich stories and quirky characters for the whole family to enjoy --- guaranteed to bring good vibes and all-around fun this June: 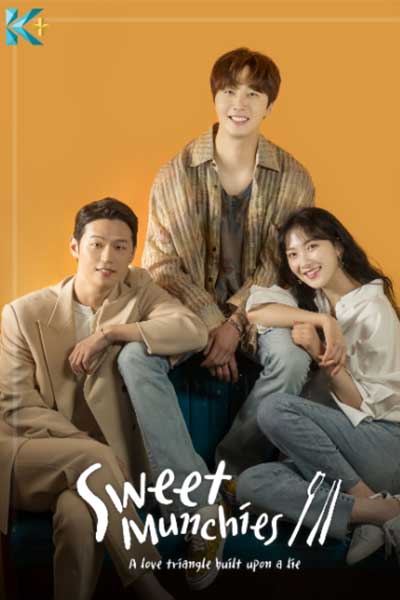 Be mesmerized by a not so ordinary love triangle with a twist in "Sweet Munchies."

A man and a woman fight over one man in “Sweet Munchies.” Starring Jung Il Woo (Park Jin-Sung), Kang Ji Young, (Kim Ah Jin) and Lee Hak Joo (Kang Tae Wan), the show brings the story of a chef and bar owner down on his luck and his customer who might have struck gold with her last show at the cable company where she works—a show about a gay chef fixing midnight snacks. To help with his father's medical bills and revive his restaurant, the chef poses as a gay chef to join the show. Catch the drama unfold within 24 hours of its South Korea airing. 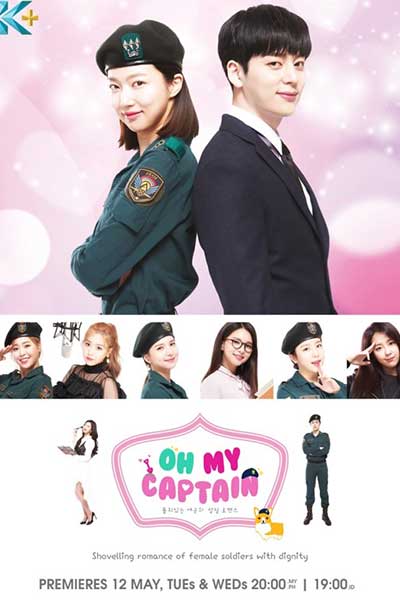 Go against the flow or follow the rules with "Oh My Captain." 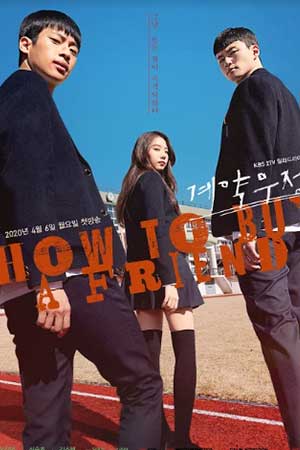 Learn valuable life lessons with "How to Buy a Friend."

Park Chan-Hong (Lee Sin-Young of "Crash Landing On You" fame) is a high school student with a talent for writing. He lends his friend Heo Don-Hyeok (Shin Seung Ho, former member of Kpop group I.O.I.) 300,000 won or $270 to pay for the latter's rent. The two begin to spend time together and become friends in the most unlikeliest of ways while also fostering a friendship with popular highschool girl Eom Se-Yoon (Kim So Hye of Netflix hit "Love Alarm"). 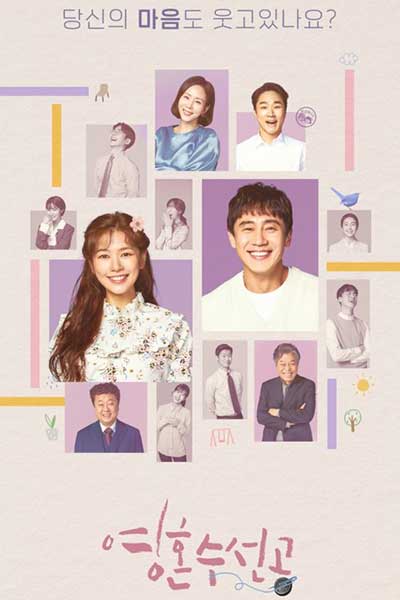 Whether you have a messiah complex or the one who needs to be saved, "Soul Mechanic" is the show to catch.

"Soul Mechanic"' promises to be a roller coaster ride of emotions as it follows psychiatrists determined to cure people of their emotional wounds. Lee Shi-Joon (Shin Ha Kyun) is a passionate psychiatrist who cares for his parents as well, while Han Woo-Joo (Jung So-Min) is a rising musical actress full of integrity. See how their world's intertwine in a world full of soul searching.

Be inspired with the quirkiness of "What's Wrong with Secretary Kim?"

Dive into the world of Park Min-Young as Kim Mi-so, the secretary of the rich but arrogant Park Seo-jun as Lee Young-Joon and their unbelievable relationship that goes from absurd to lovable, especially when Secretary Kim decides to quit her job after 9 years.

Is quarantine season giving you cabin fever? Get acquainted with stories you can relate too in "Prison Playbook."

Tuesdays & Wednesdays, 9:20PM
TvN
Star baseball player Kim Je-hyuk played by Park Hae-Soo is imprisoned and forms relationships with his fellow inmates, in this inspiring take of life behind bars.

Time is a construct in K-drama "2 Weeks.” 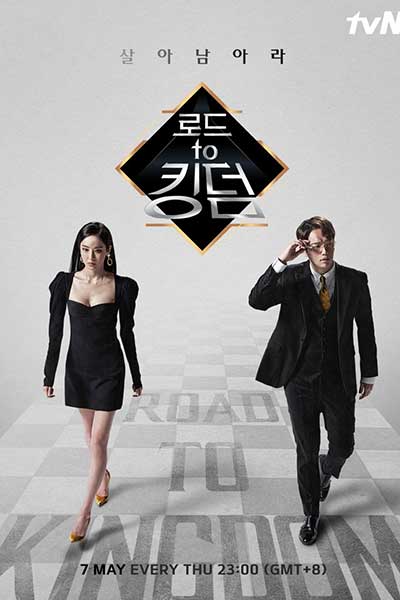 Enjoy some K-Pop vibe with "Road to Kingdom."

In this second installment to "Queendom," get to journey with seven rising boy groups Pentagon, ONF, Golden Child, The Boyz, Verivery, ONEUS, and TOO as they compete with each other.

Sing and dance your worries away the Korean way with "KBS Music Bank" and "Show Champion".

Watch the best tunes in South Korea and be dazzled with fantastic performances from the nation's top musicians, as you also follow the latest Korean music trends through the hottest songs on K-chart. Meanwhile, be entertained with "Show Champion," hosted by various guest MCs, featuring popular Korean hits and upcoming super rookies of the K-Pop scene. 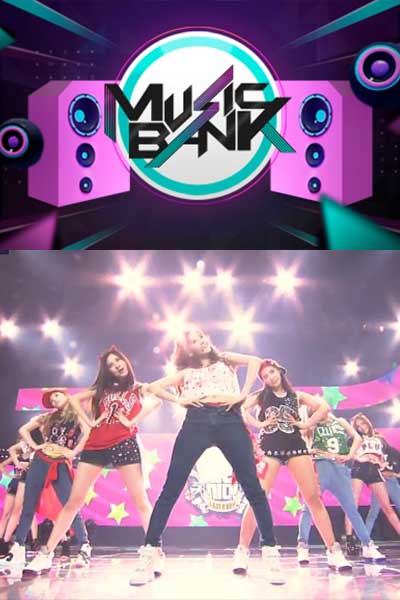 Immerse yourself in a variety of fun and creativity with reality shows: "Weekly Idol," "Chef and My Fridge," and "Infinite Challenge."

Have fun getting to know the hottest in the Korean music scene with "Weekly Idol" showcasing the hottest idol groups in Korea and get some culinary tips in "Chef and My Fridge" as chefs demonstrate recipes aimed to please your taste buds. Go on a ride with "Infinite Challenge," one of the greatest challenge-based reality shows from South Korea featuring six comedians facing unimaginable physical and mental challenges, and with special guests to boot! 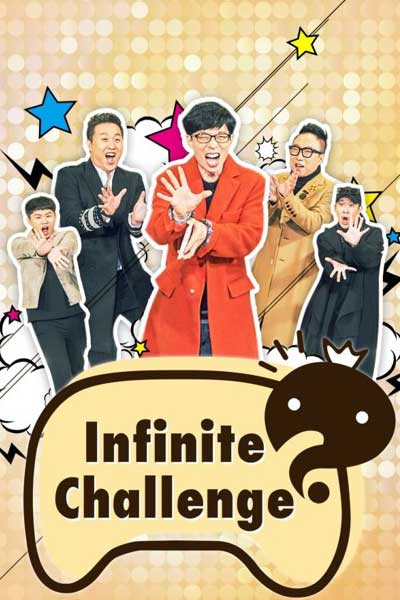 Get your Korean vibe going by catching these shows on SKY.

K-shows to watch this June
Welcome, SKY Kapamilya!
We use cookies to improve your browsing experience.
Continue to use this site means you agree to our use of cookies
Tell me more!
×