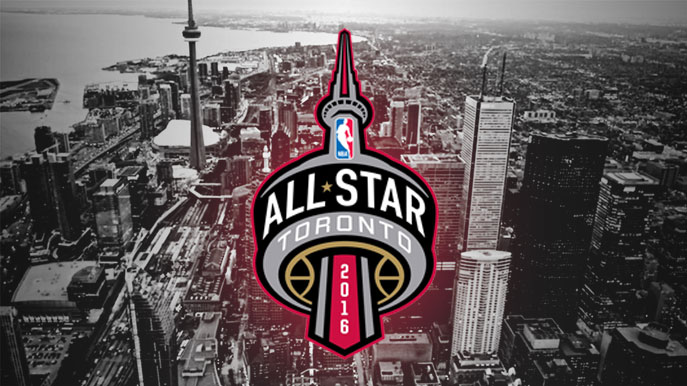 The 2016 NBA All-Star Game tips off on Sunday at Air Canada Centre in Toronto, in a star-studded event that closes out a weekend of basketball activities. It'll be the first NBA All-Star weekend to be held outside of the United States. The game will be seen by fans in more than 200 countries and territories and will be heard in more than 40 languages.

NBA All-Star 2016 in Toronto will bring together some of the most talented and passionate players in the league’s history for a global celebration of the game. Along with the NBA All-Star Game, the Air Canada Centre will also host the Rising Stars Challenge on Saturday, Feb. 13, and All-Star Saturday Night on Sunday, Feb. 14 (Philippine Time)

Other events at NBA All-Star 2016 include the NBA All-Star Celebrity Game and the NBA Development League All-Star Game.

When: Saturday, February 13 10AM
Where to watch: NBA Premium TV and Basketball TV

Andrew Wiggins last season’s rookie of the year highlights the list of 20 players selected for the BBVA Rising Stars Challenge. A game between World Team which consists of international players that plays in the NBA as a rookie or sophomore VS the US team which players are born within the country. Which team will win? Catch it live on NBA Premium/BTV Sat, Feb 13 10:00AM.

It’s the 65th All Star Game, a game which features Eastern Conference VS the Western Conference team. Players that will play here were voted by people throughout the world with the use of polls in the NBA website.

Also it is memorable game because it will be the last All-star game of Kobe Bryant who will retire this season. All-star game will be held at Air Canada Centre on Feb 14, Sunday. Catch it live on NBA Premium/BTV/Sports+Action SD Fri, Feb 14 9:00AM.

The NBA on January 14th announced that world-famous rapper Drake (who is also the official "Global Ambassador" of the Toronto Raptors) and four-time NBA All-Star Celebrity Game MVP comedian/actor Kevin Hart (who really is good at basketball) will face off as head coaches of the Canada and USA teams, respectively, at the 2016 NBA All-Star Celebrity Game on Friday, Feb. 12, at 7 p.m. ET. Catch it live on NBA Premium/BTV/Sports+Action SD Fri, Feb 15 9:00AM.

If you love everything about the NBA, All-Star Weekend is one of the best events on the sports calendar. Make plans with the fambam and the barkada now!
Welcome, SKY Kapamilya!
We use cookies to improve your browsing experience.
Continue to use this site means you agree to our use of cookies
Tell me more!
×