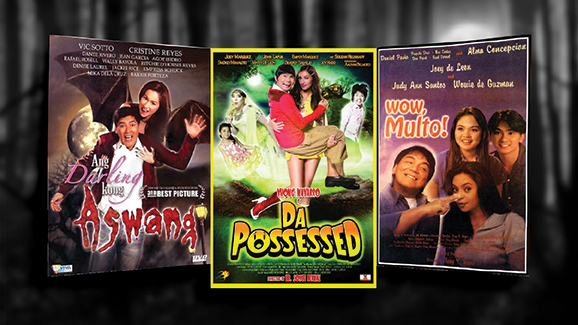 Many years ago,3 circus landowners was killed after they refused to sell their land. They were buried on that same lot.The mother-reliant and weakling Ramon is forced to work as a landscape artist to pay off their family's debt. In his work field, he meets the lovable femme fatal boss Anna , who he falls in love head over heels with. Working hard as he tries to impress, Ramon unknowingly digs the graveyard of three victims of injustice whose souls begin to haunt and possess Ramon's body for vengeance; thus ruining his courtship and eventual relationship with Anna. Meanwhile, to prove the purest of his intentions, Ramon needs to stand up for Anna against her father Don Demetrio who is a syndicate leader. But because of Ramon's cowardice, this comes as a major challenge, on top of the disturbance brought by the three ghosts headed by Anastacio "Chemerut" Balbitero, Jr. as Ramon tries to solve the mystery behind these hauntings, he discovers that ghosts are trying to revenge against Don Demetrio. Ramon, in able to save himself from the possession was compelled to work with the ghosts who are seeking for justice. As Ramon struggles to fight for love and justice, he also learns the true meaning of courage which leads him into peacefully serving justice to the three ghosts and at the same time, save himself and Anna from the impending danger that Don Demetrio poses on them.[

Victor (Vic Sotto) is a single father who falls in love with Elisa (Cristine Reyes) who turns out to be an Aswang. But even so, Victor love Elisa so much that he accepted who she is and even live with her as his second wife. But the problem comes when the leader of the Aswang clan (Jean Garcia) finds out that Elisa and her mother (Agot Isidro) are not eating humans anymore. She sends out other Aswangs to hunt down Elisa and her mother, and also for Victor and his family. Victor then will face the leader of the Aswang clan to save his beloved Elisa. 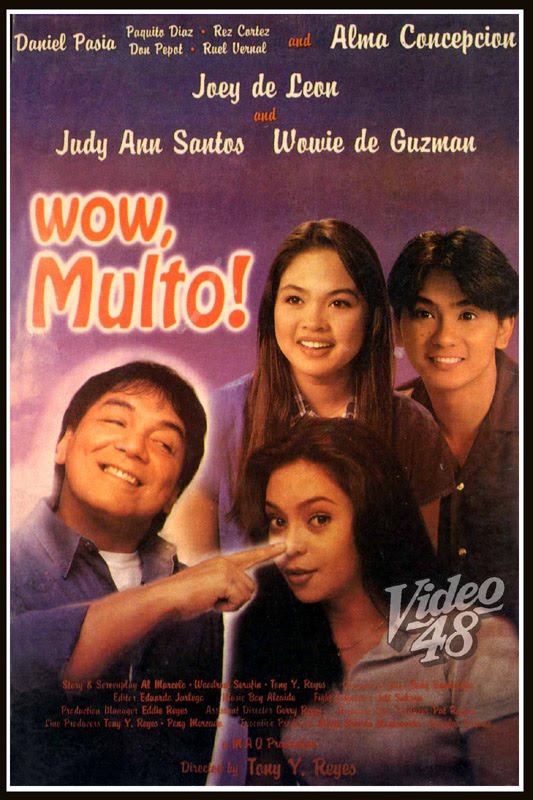 Funnyman JOEY DE LEON stars as a radioman who gets into a fight with a kid-smuggling syndicate led by head villain Paquito Diaz – who then gets rid of him for good. When Joey succeeds in haggling with St. Peter’s high tech heaven for a 3-day earth-bound sojourn as an invisible soul, the adventure continues as he vows to exact rib-tickling justice on Paquito and his gang. “WOW, MULTO!” has Joey de Leon trading gags and laugh-a-minute antics with sexy star ALMA CONCEPCION. Bolstered with the sprightly presence of Judy Ann Santos and Wowie de Guzman plus Dan Pasia and Don Pepot. ‘Filled with fun, good vibes and a strong positive focus on talk radio’s tickly side, “Wow, Multo!” is a story of one man’s quest to attain justice, although in a much unconventional way.