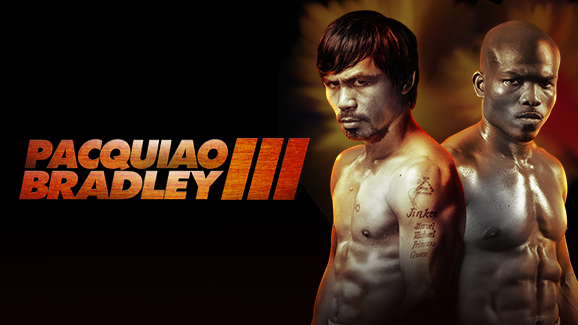 Timothy Bradley determined to stage an upset in match against Pacquiao

Despite the pains experienced from training with Teddy Atlas and the consensus among observers favoring Pacquiao, Timothy Bradley is confident of his chances in the match airing on SKYcable Pay-Per-View on April 10.

The fighter who calls himself “Dessert Storm” has a history of staging upsets in the past. Bradley is what many refers to as an elite fighter, having faced a whole list of champions in the past with an impressive amount of success.

Aside from winning against his opponent in the coming fight, the fourth-ranked in the pound for pound list by the Transnational Boxing Rankings Board is much younger than his opponent and has won via close unanimous decision against Ruslan Provodnikov in 2013 to capture the WBO Welterweight Championship. He has also won against Ring #3 ranked pound for pound and Ring #5 ranked junior lightweight and WBO junior welterweight champion Juan Manuel Márquez in 2013.

The fighter who is five years younger than Pacquiao is also confident as his training under Atlas has given him a positive outlook on the fight. Instead of fighting his opponent to exhaustion, he is choosing to go the smart way, preserving his strength and using his gifts the right way.

See Bradley deliver the punches COMMERCIAL-FREE, LIVE and in HIGH DEFINITION on April 10, 9am for only P999 by subscribing to SKYcable or Destiny Cable Pay-Per-View. Plus, get exclusive access to Donaire vs Bedak on April 23, 6pm (except if you’re in Cebu). The offer is also available to SKYcable Prepaid subscribers who may load at selected SM branches, at Load Central outlets such as Sta Monica Pawnshop, SVY Domingo Pawnshop, RLS Money Changer and Remittance Center, Phoenext Cellphone Accessories, Santolan Pawnshop, De Leon Pawnshop, Tagala Pawnshop and GRJ Jaro Pawnshop, and at ECPAY outlets such as MLhuillier, Netopia, SST Laptop, 1BRO Retailers, USSC and ViaExpress.

To know more about SKY pay-per-view and other SKY services, visit mysky.com.ph or text APPLY – space – followed by your name to 23662.

SKY continues to offer viewers with diverse options to enjoy TV entertainment with its value and premium service offerings. Only SKYcable provides quality home entertainment with the widest range of standard and high definition channels and other top-of-the-line services such as flexible subscription options via SELECT, iRECORD that records, pauses, and rewinds live TV, as well as real-time coverage of live concerts and sporting events via FREE VIEW and PAY-PER-VIEW. To subscribe and to know more about SKYcable, log on to www.mysky.com.ph, text APPLY <space> your name to 23662, or call the 24-hour customer service hotlines at 381-0000 for Metro Manila, CAMANAVA, and Rizal; 484-4701 for Cavite; 534-2814 for Calamba and Binan, Laguna; 520-8560 for San Pedro, Laguna and Carmona, Cavite; 693-5877 for Bulacan; 421-1818 for Cebu; 305-5456 for Davao; 442-4841 for Baguio; 432-0051 for Bacolod; 300-1210 for Iloilo.