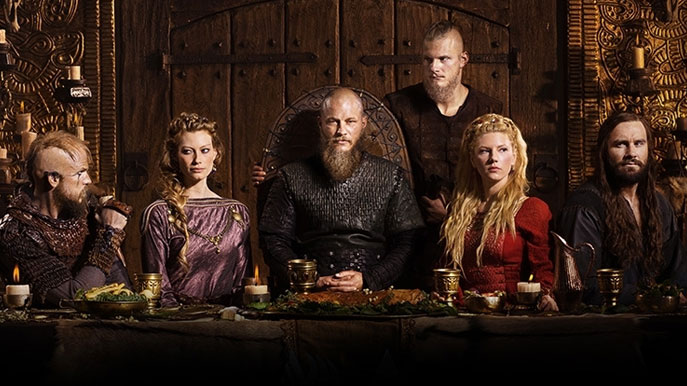 #1 series in its timeslot in Singapore, Malaysia and the Philippines, drawing bigger audiences

Singapore saw an increase of +320% Cable 15+ viewers, Malaysia drew in 218% more viewers aged 15+, while the Philippines brought in 644% more 25+ ABC1 audience on its debut night, all more than its prime time average.

The new season of Vikings will introduce its first Asian character, “Yidu”, who will play a pivotal role in the series. Asian-Canadian actress Dianne Doan joins the stellar cast as “Yidu”, the mysterious slave who fascinates Viking chieftain Ragnar.

Vikings season four airs as a same day telecast with the United States, every Friday at 9pm on HISTORY.

Vikings returns for a gripping fourth season. Season 3 culminated with the extraordinary battle in Paris, where Ragnar (Travis Fimmel) seized victory from the jaws of defeat–but still returns to Kattegat dangerously ill. Thoughts of his death galvanize the forces who seek to succeed him as king, including his wife Queen Aslaug (Alyssa Sutherland) and his oldest son, Bjorn (Alexander Ludwig). Meanwhile, Lagertha (Katheryn Winnick) continues power struggles with her calculating, former second in command, Kalf (Ben Robson); Rollo (Clive Standen) betrays his Vikings heritage by remaining in Frankia and Floki (Gustaf Skarsgård) is seized for his brutal actions to the Christian priest Athelstan.

Joining the stellar cast this season is Peter Franzén as King Harold Finehair, a complex character who seeks to be King of Norway and a potential threat to Ragnar; Jasper Pääkkönen as Halfdan The Black, King Harold’s violent younger brother; and Dianne Doan as Yidu a completely different character within the world of the Vikings who fascinates Ragnar.

History is also available online via livestream on SKY On Demand if you are subscribed to the channel. WATCH NOW | KNOW MORE

Watch History in High Definition!
Choose to add History to your SKYcable basic plan via SELECT for only Php 50/month in HD.