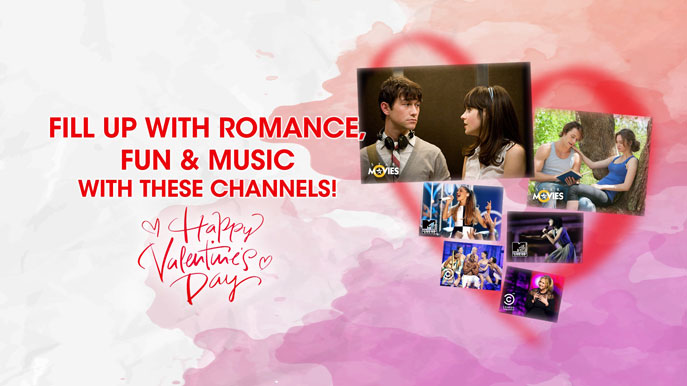 TV SHOWS AND MOVIES TO INDULGE ON THIS LOVE MONTH

Whether it’s for a date with your better half, a romantic night with your significant other, a bonding session with your folks, or a simple “me time” after a busy day at work, SKYcable SELECT has the right channels to let you enjoy the love month at the comfort of your home.

STAR Movies is Asia’s home of the biggest blockbusters from Hollywood. This 24/7 movie channel has a wide selection of films that include drama, action, comedy, animation, and horror/suspense. 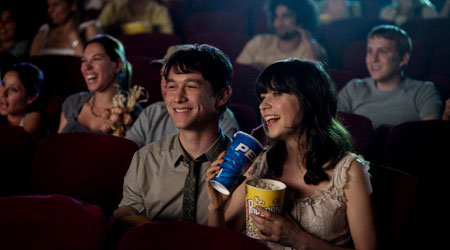 This is a story of a young man’s no-holds-barred love affair. Tom still believes in the notion of a transforming, cosmically destined, lightning-strikes-once kind of love. Summer, the girl, doesn’t. But that doesn’t stop Tom from going after her, again and again, like a modern Don Quixote. Suddenly, Tom is in love not just with a lovely, witty, intelligent woman but with the very idea of Summer, the very idea of a love that still has the power to shock the heart and stop the world. 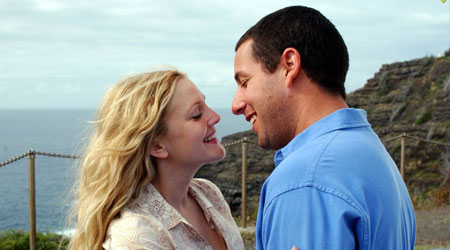 Adam Sandler and Drew Barrymore star together for the first time since The Wedding Singer in one of the funniest romantic comedies in years. Henry (Sandler) lives an enviable life in a Hawaiian paradise, spending every night with a beautiful tourist in search of an island fling. It's a sweet life with no strings attached... until he meets Lucy (Barrymore). He and Lucy hit it off from the get-go, but the next day she acts like she doesn't know him. Has his karma come around to kick him in the butt or what? 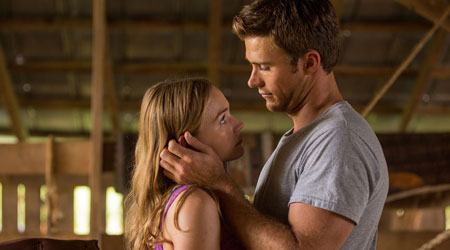 Based on the bestselling book by master storyteller Nicholas Sparks, this romantic drama centers on the star-crossed love affair between Luke, a former champion bull rider, and Sophia, a college student who is about to embark upon her dream job. As conflicting paths test their relationship, they make a fateful connection with an older gentleman, whose memories deeply inspire the young couple. 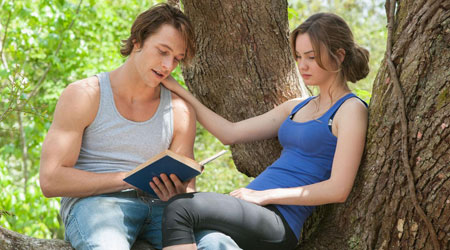 The Best Of Me

From bestselling author Nicholas Sparks, this is the story of Dawson and Amanda, two former high school sweethearts who find themselves reunited after 20 years apart, when they return to their small town for the funeral of a beloved friend. Also find the new Tears of Joy Edition in the Extras when you purchase the title! Watch Dawson and Amanda finally live out their second chance at true love! 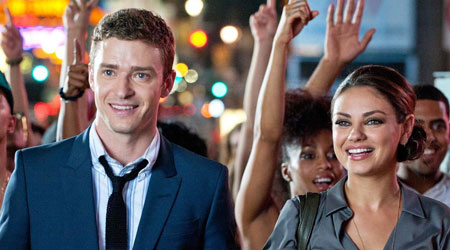 Dylan (Justin Timberlake) and Jamie (Mila Kunis) think it's going to be easy to add the simple act of sex to their friendship, despite what Hollywood romantic comedies would have them believe. They soon discover however that getting physical really does always lead to complications.

Choose to add STAR Movies to your line-up for only Php100/month.

Comedy Central is an American pay TV channel owned by MTV Networks Entertainment Group. It carries comedy programming, in the form of both original and syndicated series and stand-up comedy specials, as well as feature films. 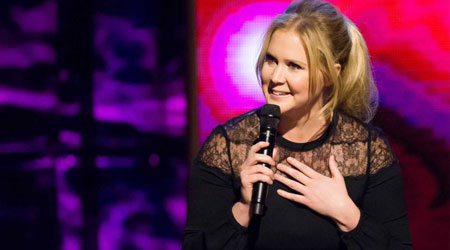 The world’s iconic sketch showcase is back in its 41st season. Loaded with hilarious, ground breaking sketches, the show continues to serve up A-list celebrities, personalities and artistes alongside its talented stable of cast players like Taran Killam, Kate McKinnon, Bobby Moynihan, Leslie Jones, Cecily Strong and more!

Schedule:
Catch the episode that made everyone talk about, featuring Amy Schumer, on February 14, Sunday at 2:50PM. New episodes air every Saturday at 10:00PM. 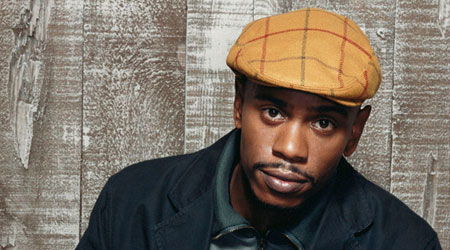 It's not just a show -- it's a social phenomenon. Dave Chappelle's singular point of view is unleashed through a combination of stand-up bits and street-smart sketches. Hailed by critics and beloved by fans, Chappelle's Show brings the funk and the noise – and some of the funniest comedy on television. 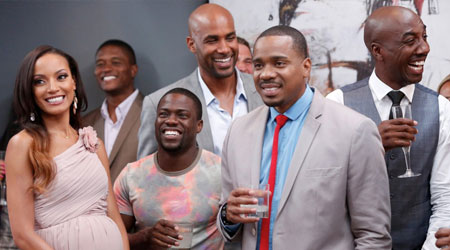 The Husbands are back at it for a fourth season! Comic genius Kevin Hart and other celebrities play a comic fictionalised version of themselves in this comedic parody series. This season, Kevin continues his vain attempts to gain even more celebrity cache, chalking up new rivalries and laugh-out-loud cliff hangers. Featuring stars like Nelly, Nick Cannon and Duane Martin, season four also welcomes more hilarious cameos from the likes of Arsenio Hall,  Paula Abdul, Terry Crews and mogul Russell Simmons. 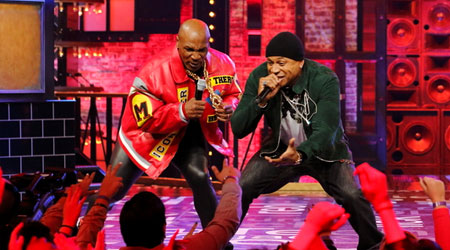 Get ready for the hottest show to hit Comedy Central Asia! Watch your favorite celebrities go bonkers trying to out SYNC each other! This is one show you wouldn't want to miss.

Schedule:
On February 14, Sunday at 4:30PM, watch one of the best episodes featuring Terry Crews and Mike Tyson. New episodes air on weekdays at 8:25PM.

Choose to add Comedy Central HD to your line-up for only Php50/month.

MTV LIVE HD is a 24-hour music channel that returns to MTV’s roots, offering high-end entertainment content including the best music videos and live performances. It offers all sorts of music & entertainment programming. The viewers are able to choose from concerts of the biggest stars, best music festivals, and music awards ceremonies. MTV LIVE HD also airs premiere music shows, such as music charts or thematic video countdowns. These shows and much more are all available in high definition! 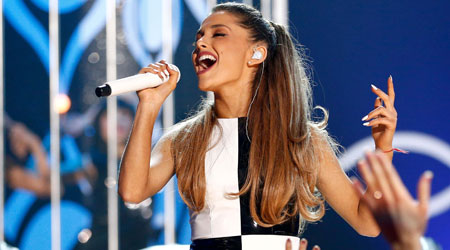 America's newest pop princess Ariana Grande is taking over to bring you twenty of her all-time favourite team-ups. 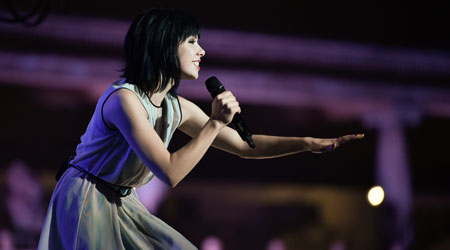 Join Carly Rae Jepsen for a playlist of her favourite hits from the most talented ladies in pop! Expect huge hits from Rihanna, Sia, Florence, Solange and many more! 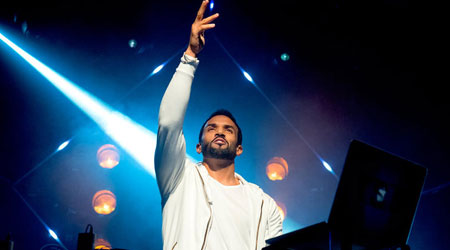 Catch the performance highlights from the MTV Brand New 2016 shows.

Choose to add MTV Live HD to your line-up for only Php50/month.

Whether it’s for a date with your better half, a romantic night with your significant other, a bonding session with your folks, or a simple “me time” after a busy day at work, SKYcable SELECT has the right channels to let you enjoy the love month at the comfort of your home.
Welcome, SKY Kapamilya!
We use cookies to improve your browsing experience.
Continue to use this site means you agree to our use of cookies
Tell me more!
×