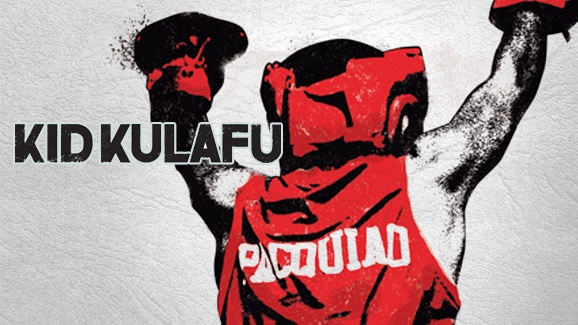 Lauded by critics for outstanding performances by Alessandra De Rossi, Cesar Montano, and young breakthrough star Buboy Villar, Kid Kulafu definitely stands at the top of the films about the Philippines’ “Pambansang Kamao.” Having graced theaters around the world just before Manny Pacquiao’s match with Floyd Mayweather Jr., Kid Kulafu astounded viewers with compelling portrayals by its stars, superb cinematography, and gut-wrenching screenplay.

Set in Pacquiao’s youth, we watch him as he began the journey to boxing fame and glory. The film is unique among existing biopics due to its focus on Pacquiao’s first boxing persona “Kid Kulafu.” Named after the bottles of wine he used to collect for his uncle Sardo, it served as his monicker for the fights before he rose to stardom. In this film, long-time fans will learn of Pacquiao’s harsh past, and how his relationship with his mother, family, and friends molded the champion we know and love today.

Those who missed out on this cinematic gem now have a chance to watch it only on SKY Pay-Per-View.   From the 15th of June to the 14th of July 2015, SKYcable and Destiny Cable digital subscribers can catch the biopic about Manny Pacquiao’s younger years in high definition – all in the comfort of their homes.

Only SKYcable provides quality home entertainment with the widest-range of standard and high definition digital channels; with over 190 channels, and other top-of-the-line services such as flexible subscription options via SELECT; iRECORD that records, pauses, and rewinds live TV; as well as real-time coverage of live concerts and sporting events via FREE VIEW and PAY-PER-VIEW.

Having graced theaters around the world just before Manny Pacquiao’s match with Floyd Mayweather Jr., Kid Kulafu astounded viewers with compelling portrayals by its stars, superb cinematography, and gut-wrenching screenplay.
Welcome, SKY Kapamilya!
We use cookies to improve your browsing experience.
Continue to use this site means you agree to our use of cookies
Tell me more!
×