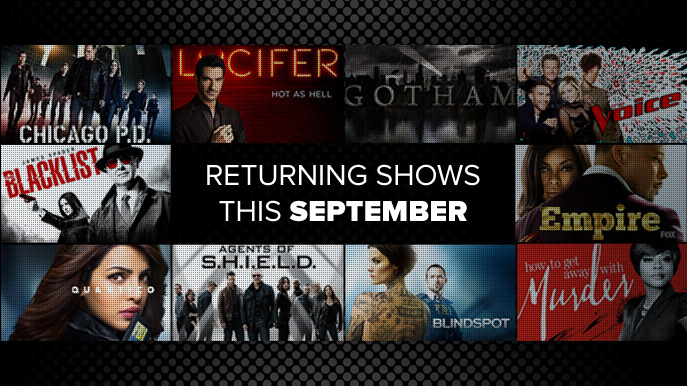 "The Blacklist" Season 4 is an emotional bomb ticking where Liz Keen (Megan Boone) and Agnes will find Raymond Reddington (James Spader), Alexander Kirk (Ulrich Thomsen) and Tom (Ryan Eggold) staking claims for their individual reasons. Although "The Blacklist" Season 3 finale almost gave Liz Keen, Agnes and Tom a chance at being a real family, intervention by Alexander Kirk brings the trio back into the radar of Raymond Reddington.

After the roller-coaster events of season one, in which she cleared her name, saved millions of lives, and discovered that the mastermind behind it all was the very man who had trained her at Quantico, American heroine Alex Parrish was given a shocking reward: She was fired by the FBI. But in the final moments of the season finale, she was given the chance to serve her country again, in the clandestine ranks of United States’ top intelligence agency, the CIA. When season two begins, Alex finds herself at “The Farm” the CIA’s mysterious training facility.

In Season Two, Lucifer and his brother, AMENADIEL (DB Woodside), who have been sparring over Lucifer’s resistance to returning to the underworld, will now be brought back together for one common goal – to find their mother, CHARLOTTE (Tricia Helfer, “Battlestar Galactica”), who escaped Hell. After all, Lucifer doesn’t take after his dad, so the parent he does resemble is sure to be quite terrifying. Lucifer’s work with the LAPD also is upended when the police force hires ELLA LOPEZ (Aimee Garcia “The George Lopez Show”), a smart, tough forensic scientist whose mutual belief in both faith and science proves a point of interest to Lucifer.

The drama returns in Season Three, as the battle continues for the Soul of Empire. Each member of the Lyon family must cope with the events that were set in motion in the Season Two finale. Lucious pursues his music legacy with his streaming service, while also clashing with his half-brother, Tariq (Morocco Omari), who is leading a federal task force investigating him. Cookieaims to start over, in pursuit of her own happiness – a series of flashbacks reveal how Loretha Holloway became Cookie Lyon and how Cookie met Lucious. Meanwhile, the Lyon brothers – Andre, Jamal and Hakeem – all are determined to overcome the events of last season and move on, but the choices they face will become a battle for the soul of the Lyon family.

In the upcoming season, the events will make Jane more vulnerable. She herself cannot trust her own judgment because she has no idea where she came from. The betrayal of the people around her will make things difficult for her. But she will soon find out everything about herself.

The origin story continues on Season Three of GOTHAM, and the stakes are higher than ever, as Super-Villains more ambitious and depraved are introduced, and a realignment of alliances shakes up the fight for power in Gotham City.

September 20, Tuesday at 9PM  Same day as US

How to Get Away with Murder Season 3

The show follows Annalise Keating (Viola Davis) who is a criminal defense lawyer professor who takes her students into court case so they help her with her clients. Season 3 is taking a turn, and her students are no longer just students, but they get to go into the courtroom and practice what they’ve learned through the years. Of course with this show, that would be too easy. On the first day of the new school year, someone has posted signs with Annalise’s picture saying killer on it.

The Season 4 premiere will see Commander Crowley (Barbara Eve Harris) suspect Voight and Lindsay’s involvement in Justin’s case. She believes that the former may have killed his son’s murderer but lacks the evidence to prove it. While walking on a tight rope between protecting her mentor and saving herself from an investigation, Lindsay will often seek advice from her live-in boyfriend.

Universal not yet in your plan?
Choose to add Universal to your SKYcable basic plan via SELECT for only Php 50/month in Standard Definition or HD. GET UNIVERSAL HD  GET UNIVERSAL SD

The two-time Emmy Award-winning "The Voice" returns with the strongest vocalists from across the country invited to compete in the blockbuster vocal competition show's 11th season. Adam Levine and Blake Shelton returns as celebrity musician coaches. Alicia Keys and Miley Cyrus will replace Christina Aguilera and Pharrell Williams. Carson Daly continues to serve as host.

Star World not yet in your plan?
Choose to add Star World to your SKYcable basic plan via SELECT for only Php 20/month in Standard Definition.
GET STAR WORLD

Here's a list of the returning shows this September so you never miss an episode.
Welcome, SKY Kapamilya!
We use cookies to improve your browsing experience.
Continue to use this site means you agree to our use of cookies
Tell me more!
×