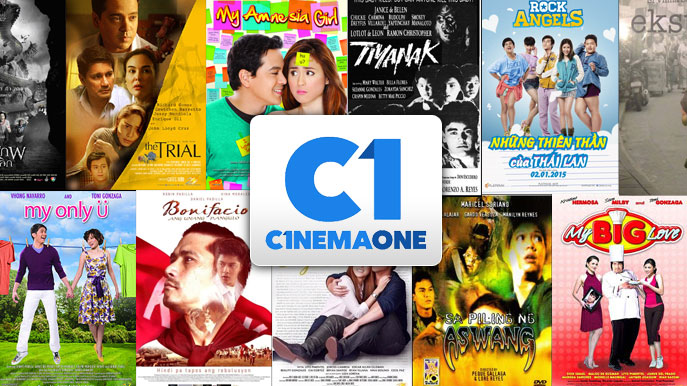 This August, catch blockbuster movies on Cinema One, including the digitally remastered classic films of Philippine cinema

The true story of Andres Bonifacio, a man who rose as a leader in the fight against the Spanish oppressors, and would gain the enmity of even those fighting for the same cause.

Tik, a senior high school student who pretends to be lady boy to avoid enrolling in The Armed Forces Academies Preparatory School as his dad wants.

Ronald Jimenez, Jr. (John Lloyd Cruz), a man with intellectual disability, faces the greatest trial of his life when he is accused of raping a school teacher Bessy Buenaventura (Jessy Mendiola).

Ekstra is a drama-comedy film made by director Jeffrey Jeturian, which attempts to highlight the actors behind the limelight. The satirical film heightens the paradox by placing the star for all season Vilma Santos to take the role of a bit player.

Scouts visit an ancient temple to witness a lunar eclipse. Hearing campfire stories of the legendary god who protects the temple, they decide to go on a treasure hunt. Finding themselves lost in a parallel universe, they must find the way back before the end of the eclipse traps them.

Will Derby (Sam Milby) is an American raised Filipino working as consul at the U.S. embassy. He seeks the help of an NSO model employee Sally Malasmas (Toni Gonzaga) who gets even with him for denying her a U.S. visa.

Apollo (John Lloyd Cruz), a certified bachelor and choosy when it comes to women, is taken to a dating event by his friends. There he is attracted to Irene (Toni Gonzaga), an event organizer who immediately digs his sense of humor.

Obese master baker Macky (Sam Milby), who is ardently in love with svelte Ninia (Kristine Hermosa), secretly leaves flowers and pastries at her doorstep, but is primly spurned for his size.

A pair of exes runs into each other again years after a breakup that left them with plenty of unresolved questions.

Bong secretly loves Winona, who is blind to Bong’s unexpressed feelings. Because all of Winona’s relatives on her mother’s side died young, Winona feels that she, too, will have the same fate so she avoids having any relationships.

A two-part movie, the first tells the story of a couple who encounters a lady ghost that haunts a house in Balete Drive; the second involves a young boy who witnesses a crime through his "third eye."

After surviving the massacre of their household, babysitter Veron (Manilyn Reynes) rushes to an isolated province with her alaga Catlyn (Aiza Seguerra) in order to escape the thugs who wish to kill them.

YOU ARE THE ONE

This August, catch blockbuster movies on Cinema One, including the digitally remastered classic films of Philippine cinema
Welcome, SKY Kapamilya!
We use cookies to improve your browsing experience.
Continue to use this site means you agree to our use of cookies
Tell me more!
×