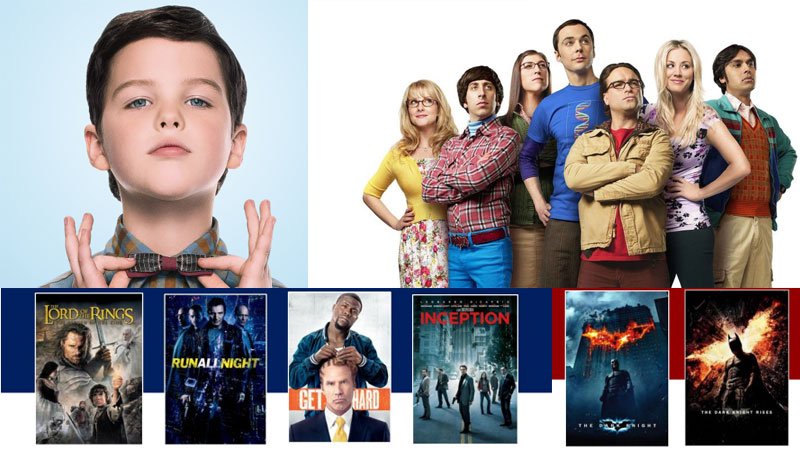 Geek out this November with Warner TV

This November, the geek in you will love Warner TV’s shows from brand new series Young Sheldon to continuing shows like Arrow, D.C. Legends of Tomorrow, and Blindspot. Watch livestream via SKY On Demand if you’re not at home or on cable TV if you’re sitting on the couch – same day as the U.S. telecast so no more FOMO!

For 9-year-old Sheldon Cooper it isn't easy growing up in East Texas. Being a once-in-a-generation mind capable of advanced mathematics and science isn't always helpful in a land where church and football are king. And while the vulnerable, gifted and somewhat naïve Sheldon deals with the world, his very normal family must find a way to deal with him. His father, George, is struggling to find his way as a high school football coach and as father to a boy he doesn't understand.

Sheldon's mother, Mary, fiercely protects and nurtures her son in a town where he just doesn't fit in. Sheldon's older brother, Georgie, does the best he can in high school, but it's tough to be cool when you're in the same classes with your odd 9-year-old brother. Finally, there's Sheldon's twin sister, Missy, who sometimes resents all the attention Sheldon gets, but also remains the one person who can reliably tell Sheldon the truth. For 10 years on The Big Bang Theory, audiences have come to know the iconic, eccentric and extraordinary Sheldon Cooper. This single-camera, half-hour comedy gives us the chance to meet him in childhood, as he embarks on his innocent, awkward and hopeful journey toward the man he will become. 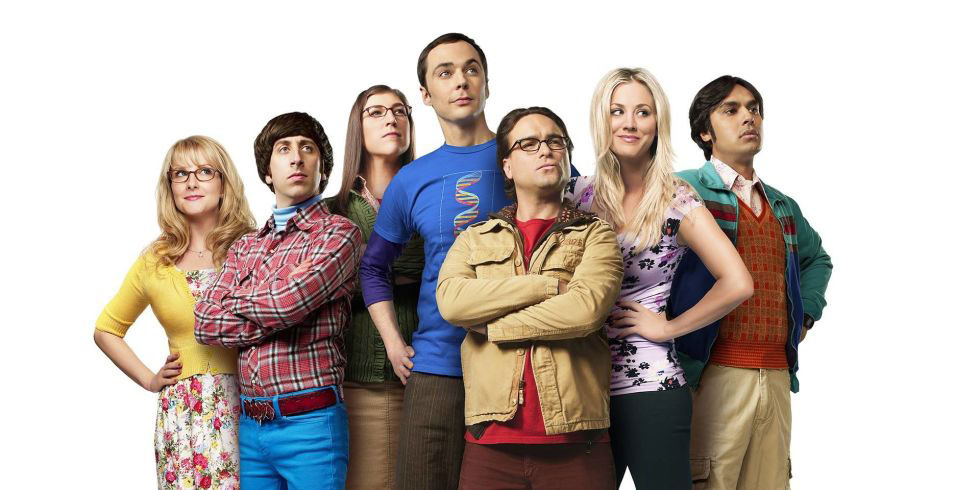 Same day as the U.S.
New Timeslot from November 3
Leonard and Sheldon are brilliant physicists, the kind of "beautiful minds" that understand how the universe works. But none of that genius helps them interact with people, especially women. All this begins to change when a free-spirited beauty named Penny moves in next door. Sheldon, Leonard's roommate, is quite content spending his nights playing Klingon Boggle with their socially dysfunctional friends, fellow Caltech scientists Wolowitz and Koothrappali. However, Leonard sees in Penny a whole new universe of possibilities ... including love.
Regular Schedule: Fridays, 8:10PM 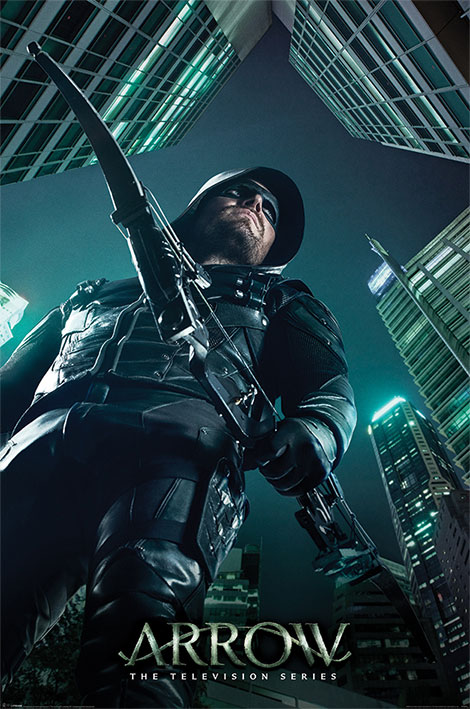 Same day as the U.S.
After a violent shipwreck, billionaire playboy Oliver Queen was missing and presumed dead for five years before being discovered alive on a remote island in the North China Sea. He returned home to Star City, hell bent on righting the wrongs done by his family and fighting injustice. As the Green Arrow, he protects his city with the help of former soldier John Diggle, computer science expert Felicity Smoak, former police captain. Quentin Lance, and brilliant inventor Curtis Holt (Echo Kellum) and a new team of vigilantes-in-training. But sinister players with a connection to Oliver's past will push the team to its breaking point, threatening everything Oliver's worked for and his legacy as the Green Arrow.
Regular Schedule: Fridays, 9PM 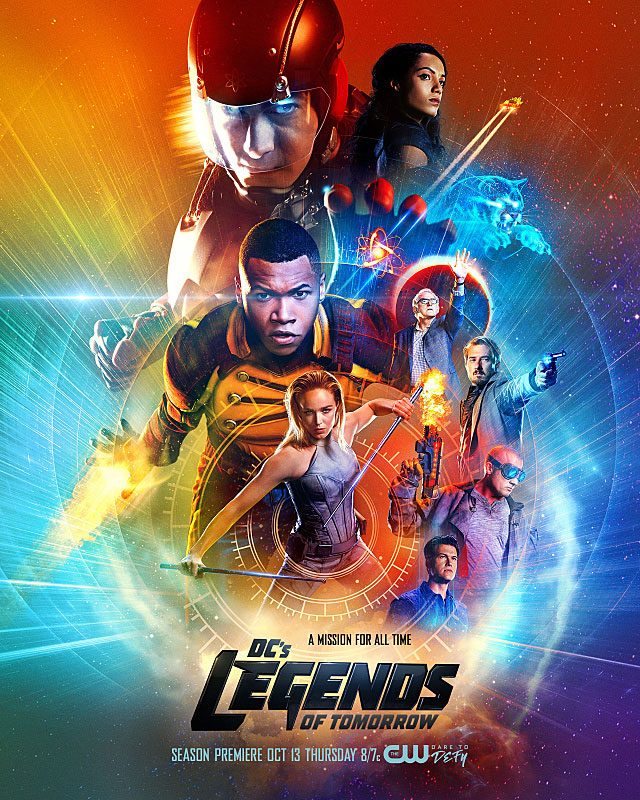 Same day as the U.S.
When heroes alone are not enough...the world needs legends. After saving the timeline and all of reality from the Legion of Doom, the Legends returned to present-day to find dinosaurs roaming the streets of Los Angeles, suggesting that their work keeping the timeline intact is far from over.
Regular Schedule: Wednesdays, 9PM

Same day as the U.S.

Entering its second season, LETHAL WEAPON combines action and drama with friendship and humor as it follows classic cop duo Riggs and Murtaugh, who are working a crime-ridden beat in modern-day Los Angeles.

Grief-stricken after the loss of his young wife and unborn child, ex-Navy SEAL-turned-detective Martin Riggs moved to California to “start over” at the LAPD. Paired up with Roger Murtaugh, Riggs’ penchant for diving headfirst into the line of fire immediately clashed with Murtaugh’s prudent, by-the-book technique. One has everything to live for, the other has nothing to lose - and in the season one finale Murtaugh found out just how far Riggs was willing to go.

Season Two finds Murtaugh navigating the stress of the job and some trying times at home with wife Trish, their new baby and teenagers Roger, Jr. and Riana. He looks to Riggs for support, but starts to discover that Riggs’ past might have left him more damaged than he thought. 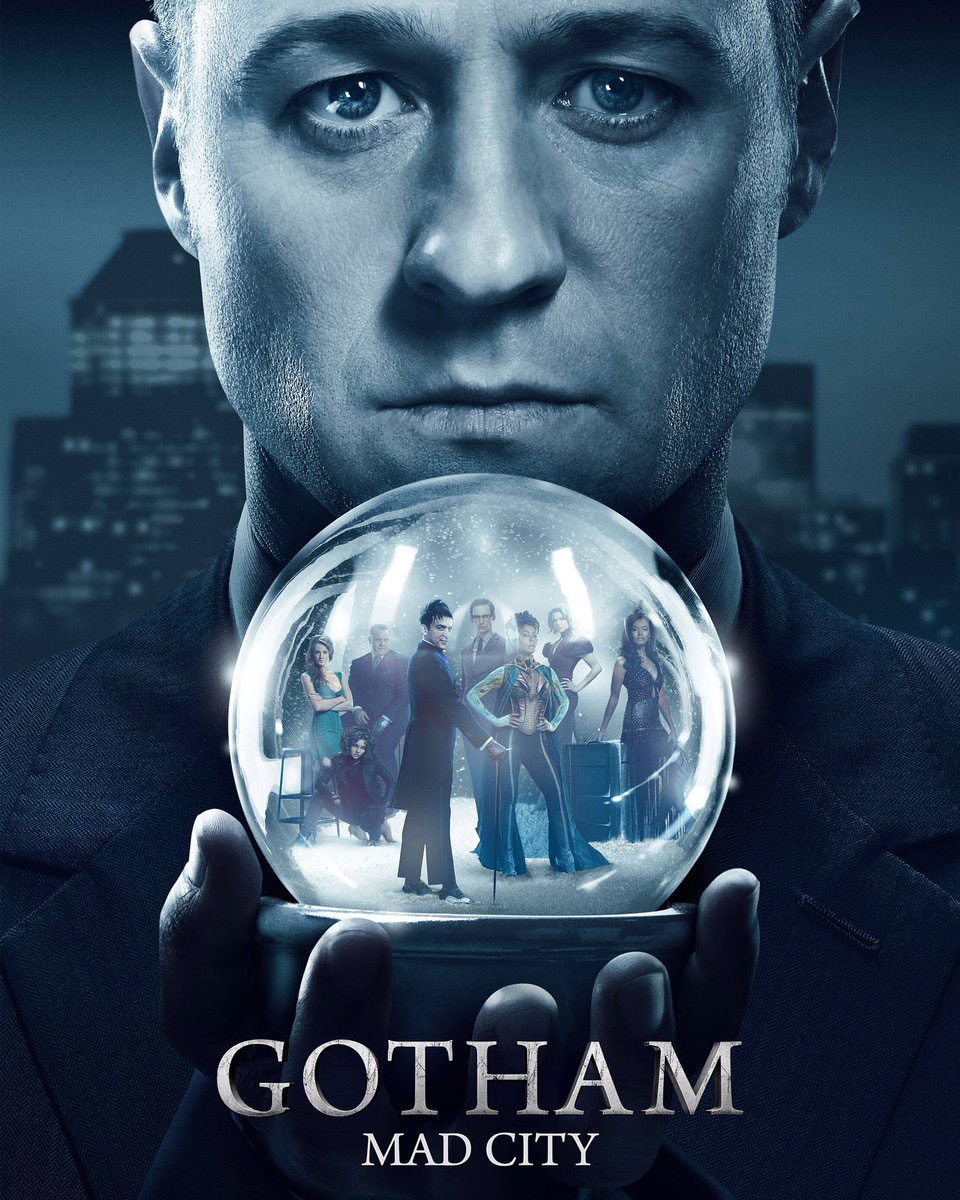 Same day as the U.S.
Gotham’s origin story continues to unfold, and as the show enters its fourth season, the stakes will be higher than ever! With the Courts of Owls decimated, the aftermath of the Tetch virus crippling the city, and every (surviving) villain in Gotham’s underworld jockeying for power, Jim Gordon and the GCPD will have their hands full. And that’s just the beginning! What threat does Ra’s al Ghul pose, and will Penguin regain his title as the King of Gotham? What new villains are in store for season four, and what does Bruce Wayne’s season finale reveal mean for Gotham City and his ultimate destiny?
Regular Schedule: Fridays, 9:50PM 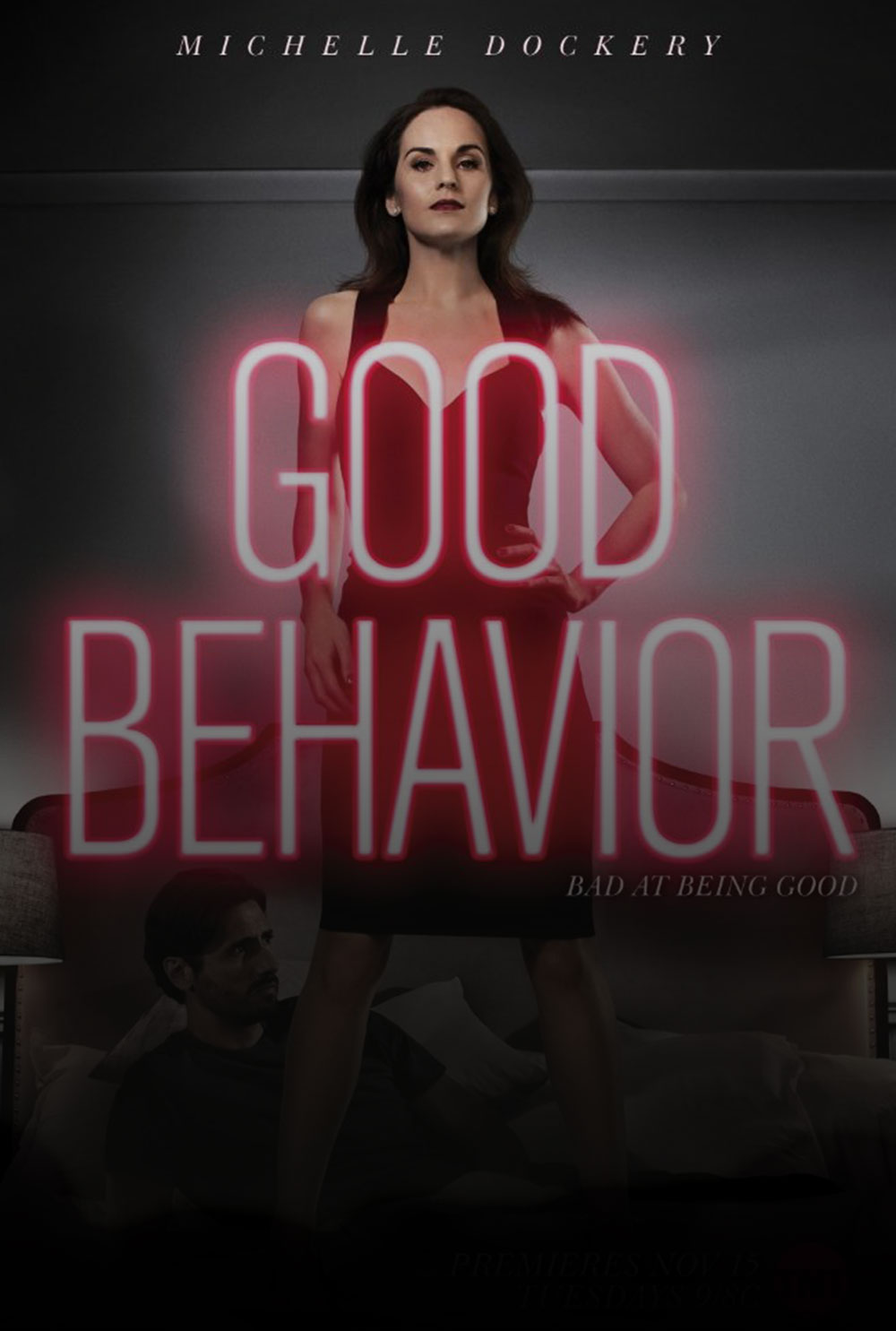 Same day as the U.S.
Letty Raines is a thief and con artist who is always one bad decision from implosion. Fresh out of prison, she’s attempting to stay afloat. But when she overhears a hit man being hired to kill a man’s wife, she set out to derail the job, sending her on a wild collision course with the killer.
Regular Schedule: Mondays, 10:40PM 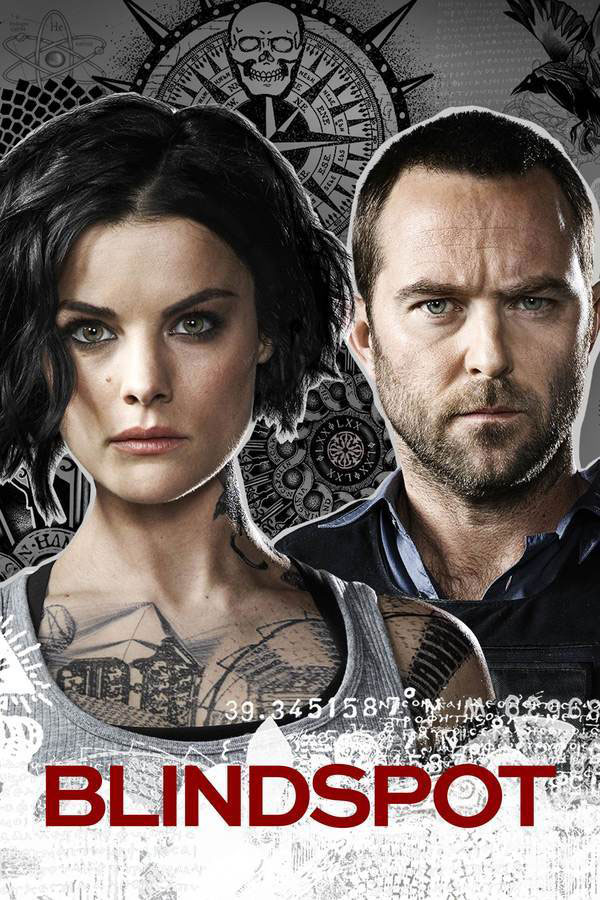 Same day as the U.S.
A beautiful woman is found in Times Square, her memory erased, her body fully covered in a series of coded tattoos. But as “Jane Doe” and the FBI team who discovered her – including agents Kurt Weller, Edgar Reade, Tasha Zapata and the tech savvy Patterson – work to decipher, investigate and solve the complex treasure map of her body, an ever- widening web of conspiracy and corruption is revealed, as is the truth behind Jane Doe’s real identity and the identity of the people who sent her to the FBI in the first place. But what does this nefarious group really want? And can Jane and her teammates stop them in time?
Regular Schedule: Saturdays, 9PM
Saturday Movie Specials

The best of Geeky TV Series and Movies are on Warner TV this November, watch them all on SKY.

Warner TV not yet in your plan?
Choose to add Warner TV to your SKYcable basic plan via Lifestyle Pack 1 for only Php 100/month in Standard Definition.

Watch Warner TV shows on demand or live via SKY On Demand with your SKYbroadband or SKYmobi internet connection.