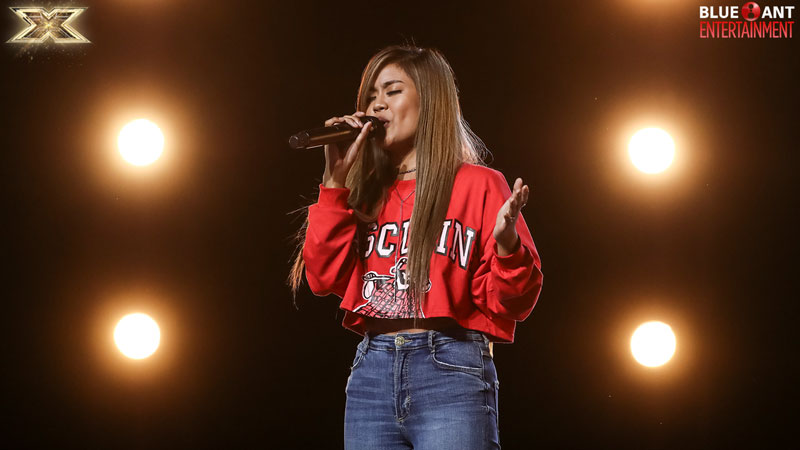 Flying all the way to the UK from the Philippines, Maria Laroco, 17, blew all four judges away at The X Factor UK, two weeks into the new season with her rendition of Prince’s Purple Rain. 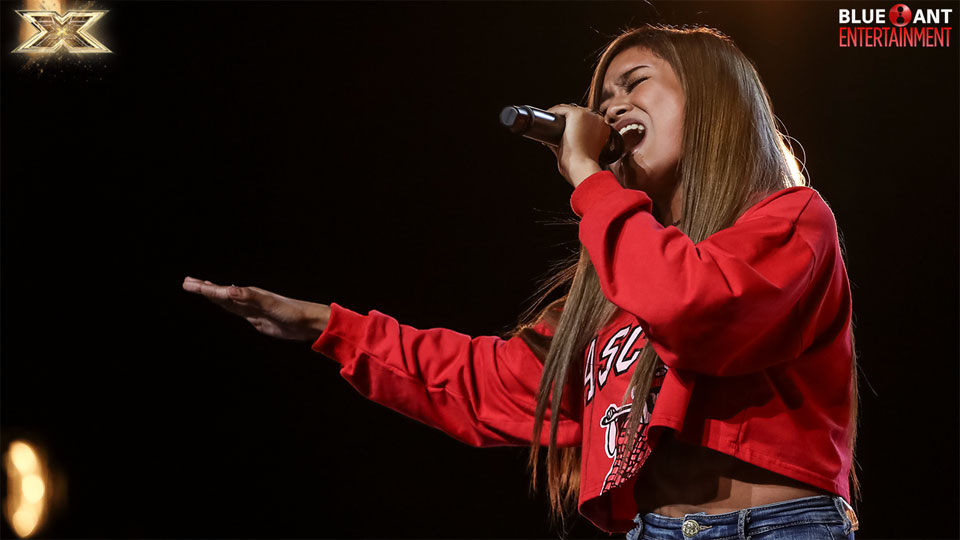 “Since I was a little girl, I’ve always wanted to be an international superstar, and I want to be big!” the young lady answered, when Judge Simon Cowell asked her what gives her the strength to travel the miles and perform before them. “This is my dream!”

A few lines into the melancholic song, and Maria already had the audience swaying along, and when she began to hit the high notes, the crowd cheered loudly, instantly rising to their feet. Judge Robbie Williams was first to stand among the judges, joined quickly by Ayda Williams, and Louis Tomlinson. By the end of the song, Simon Cowell was also up on his feet, giving the young lady a standing ovation.

Everyone had nothing but praises for the young girl’s evident talent.

Host Dermot O'leary expressed his awe by asking Maria's companions "Is there anyone in the Philippines who can't sing?"

"That was absolutely incredible, incredible." Former One Direction member and Judge Louis said. "To do what you've just done at 17, vocally, you absolutely, blew me away! Well done!" He added.

Judge Simon asked "Was there ever one moment where you doubted this?"

Teary eyed Maria responded "No, I never gave up on my dreams, a lot of times people tell me that I can't do it, that I'm not good enough." "Look what you did to the audience, that hasn't happened a lot!" said Judge Robbie. "You're amazing! I'm going to kick this off, and I'm going to give you a massive yes!" He added.

Judge Ayda followed saying "I'm gonna give you all the yeses I can possibly give you, Yes!"

"Maria, thank you so much for auditioning for this show, it's a yes!" said Judge Louis.

"So you are 17 years old, and you've flown all the way [from the Philippines], which is a long trip, you've taken on probably one of the biggest songs in the world, I'm gonna go beyond the billion yeses, I'm gonna give you infinity yeses!" Judge Simon expressed.

Needless to say, Maria Laroco will be moving on to the next round of The X Factor UK.

Watch the entire episode as it replays on Blue Ant Entertainment at these times:

Catch new episodes of The X Factor UK Season 15 every Sunday and Monday at 7:55PM, on Blue Ant Entertainment.

All four judges gave this young Pinay a standing ovation.
Welcome, SKY Kapamilya!
We use cookies to improve your browsing experience.
Continue to use this site means you agree to our use of cookies
Tell me more!
×