Relive the cinema and live event experiences in the comfort of your home with SKY Pay-Per-View! 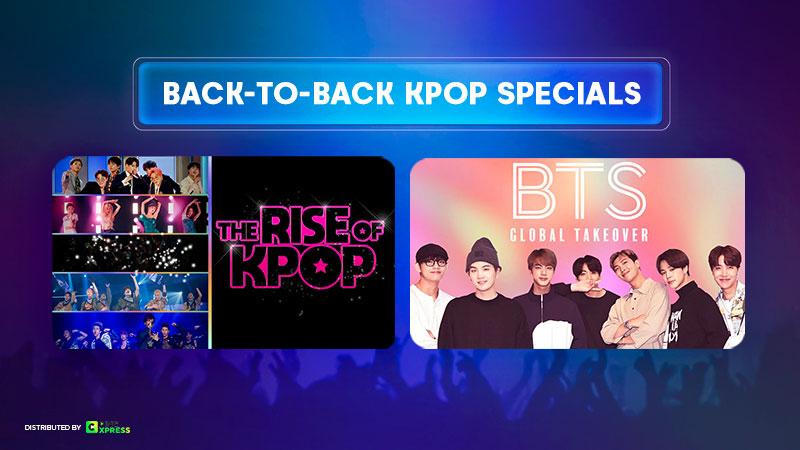 Visit our SKYzones or SKY offices.

Go to the PPV channel and press "BUY" using your box remote control.

(For selected HD boxes only)

This pay-per-view is available to subscribers of SKYcable and SKY Fiber Unli Broadband + HD Cable TV.

This is the story of Carmela, a woman who discovers her awakening after many years of solitude following the collapse of her marriage.

The Rise of K-Pop (2020)
BTS, BLACKPINK, iKon, EXO, VIXX, G-idle, NCT. The Korean wave has arrived! K-pop has officially taken over the world. Now some of the biggest artists in the world are the result of a booming idol culture that has brought incredible songs, unmatched choreography and high concept production to a music revolution.

BTS: Global Takeover (2020)
Jin, Suga, J-Hope, RM, Jimin, V, Jungkook... This is BTS. The forefront of the k-pop revolution that is sweeping the world, BTS are the biggest boyband since The Beatles. Their high energy performances, thought provoking lyrics and trend setting style has set them apart from all other musicians as they continue to reinvent pop culture.But it wasn't overnight success for them. Their early years were plagued with hardship and setbacks– it seemed as though the world didn't want them to succeed... but they never gave up. This is their story.

The documentaries will air back-to-back starting September 17 at 10AM.

The digital show will run for about 2 hours.

Now with Ugas standing in his way come August 22 in Las Vegas, Pacquiao has a chance to regain what was once his, the WBA Welterweight Championship Belt!

WBA Welterweight Champion Yordenis Ugas will step up to replace Spence and will defend his title against Pacquiao, who won that title when he defeated Keith Thurman in his last fight July 2019. Ugas was preparing to make his first title defense against Fabian Maidana in the co-feature of the Spence-Pacquiao card. Being elevated to the main event against boxing legend Pacquiao means Ugas will get a career-defining fight sooner rather than later.

The 35-year-old Ugás (26-4, 12 KOs) has established himself as an elite welterweight since returning from a layoff in 2016 and was elevated to world champion in January after winning a WBA Championship belt by defeating Abel Ramos last September. Ugás, who is from Santiago, Cuba and now lives in Miami, Florida, was on an eight-fight winning streak before losing a narrow split-decision to Shawn Porter in a world title fight in March 2019. The Olympic bronze medalist trains in Las Vegas and owns victories over then undefeated fighters Jamal James, Omar Figueroa Jr. and Bryant Perrella, plus veteran contenders Thomas Dulorme and Ray Robinson.

Get to relive some of Manny Pacquiao’s greatest fights when you subscribe: