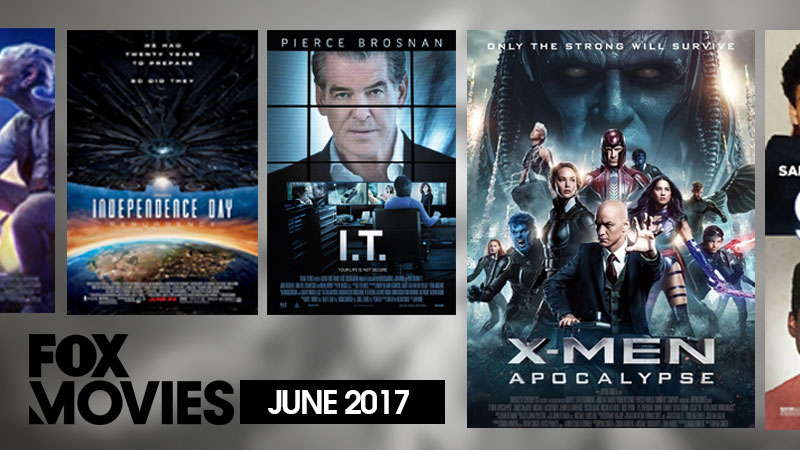 FOX Movies will start “52 Nights of Incredible,” from June 10 until the end of July, with the premiere of 24 blockbuster hits including, X-Men: Apocalypse, Independence Day: Resurgence, Moana, and Doctor Strange at 9PM.

Enjoy the biggest international blockbusters every Saturday at 9 PM.

MOVIE OF THE MONTH
SATURDAY, 10 JUN 2017 AT 9 AM
Starring: James McAvoy, Jennifer Lawrence, Michael Fassbender
Director: Bryan Singer
OSCAR® Winner Jennifer Lawrence, Michael Fassbender and James McAvoy lead a powerhouse cast in director Bryan Singer’s extraordinary follow-up to X-Men: Days of Future Past. After thousands of years, Apocalypse – the world’s first and most powerful mutant – has awakened to find a world led by humans. Intent on cleansing the Earth of mankind, he recruits a group of mutants to create a new world order. In a desperate race to save humanity, Professor X (McAvoy) leads the young X-Men in an epic showdown – against an unstoppable enemy – that will determine the fate of the world.

JUNE MEGA MOVIE
SATURDAY, 17 JUN 2017 AT 9 PM
Starring: Liam Hemsworth, Bill Pullman, Jeff Goldblum
Director: Roland Emmerich
Twenty years after mysterious aliens nearly wiped out humankind, they’re back with a vengeance in the explosive sequel, Independence Day: Resurgence! Using recovered alien technology, the nations of Earth developed a vast defense program to protect the planet. But nothing could prepare us for the next invasion—and only the ingenuity of a few brave men and women can save our world from extinction! 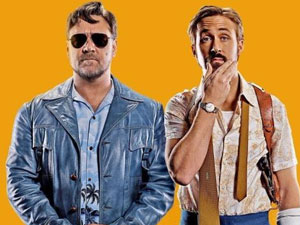 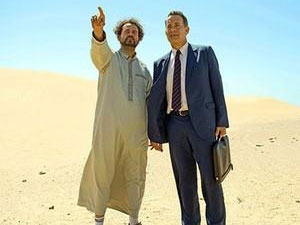 A HOLOGRAM FOR THE KING

Sunday, 18 Jun 2017
Starring: Tom Hanks, Sarita Choudhury, Ben Whishaw
Director: Tom Tykwer
Cultures collide when an American businessman (Tom Hanks) is sent to Saudi Arabia to close what he hopes will be the deal of a lifetime. Baffled by local customs and stymied by an opaque bureaucracy, he eventually finds his footing with the help of a wise- cracking taxi driver (Alexander Black) and a beautiful Saudi doctor (Sarita Choudhury). 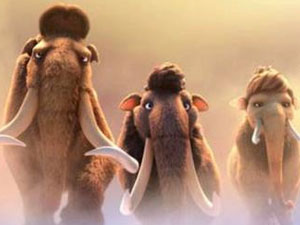 Sunday, 25 Jun 2017
Starring: Denis Leary, John Leguizamo, Ray Romano
Director: Mike Thurmeier, Galen T. Chu
Scrat’s epic pursuit of the elusive acorn catapults him into the universe where he accidentally sets off a series of cosmic events that transform and threaten the Ice Age world. To save themselves, Sid, Manny, Diego, and the rest of the herd must leave their home and embark on a quest full of comedy and adventure, traveling to exotic new lands and encountering a host of colorful new characters.
Friday Premieres 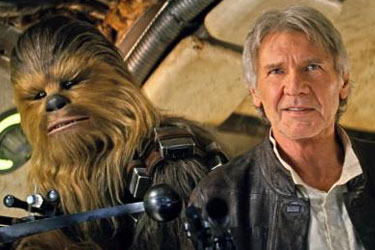 Friday, 16 Jun 2017
Starring: Daisy Ridley, John Boyega, Oscar Isaac
Director: J.J. Abrams
Visionary director J.J. Abrams brings to life the motion picture event of a generation. As Kylo Ren and the sinister First Order rise from the ashes of the Empire, Luke Skywalker is missing when the galaxy needs him most. It's up to Rey, a desert scavenger, and Finn, a defecting stormtrooper, to join forces with Han Solo and Chewbacca in a desperate search for the one hope of restoring peace to the galaxy.

Friday, 23 Jun 2017
Starring: Will Smith, Josh Brolin, Tommy Lee Jones
Director: Barry Sonnenfeld
In Men In Black 3, Agents J (Will Smith) and K (Tommy Lee Jones) are back... in time. J has seen some inexplicable things in his 15 years with the Men in Black, but nothing, not even aliens, perplexes him as much as his wry, reticent partner. But when K's life and the fate of the planet are put at stake, Agent J will have to travel back in time to put things right. J discovers that there are secrets to the universe that K never told him - secrets that will reveal themselves as he teams up with the young Agent K (Josh Brolin) to save his partner, the agency, and the future of humankind. 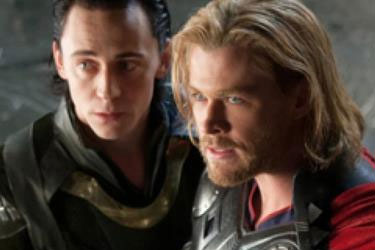 Friday, 30 Jun 2017
Starring: Chris Hemsworth, Natalie Portman, Anthony Hopkins
Director: Kenneth Branagh
The epic adventure THOR spans the Marvel universe from present-day Earth to the cosmic realm of Asgard. At the center of the story is The Mighty Thor, a powerful but arrogant warrior whose reckless actions re-ignite an ancient war. As a result, Thor is banished to Earth where he is forced to live among humans. When the most dangerous villain of his world sends its darkest forces to invade Earth, Thor learns what it takes to be a true hero.

On June 10, #ExpectIncredible as Star Movies and Fox Movies Premium are rebranded to Fox Movies.
Welcome, SKY Kapamilya!
We use cookies to improve your browsing experience.
Continue to use this site means you agree to our use of cookies
Tell me more!
×