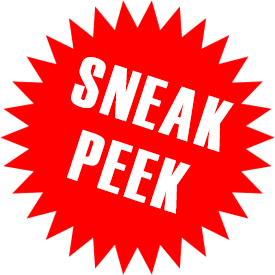 MILES FROM TOMORROWLAND
27 July, Monday, 9am

Catch a SNEAK PEEK of the latest Disney Junior series, Miles from Tomorrowland! This intergalactic adventure charts the outer space missions of young adventurer Miles Callisto and his family - mom and ship captain, Phoebe; mechanical engineer dad, Leo; tech-savvy big sister, Loretta; and robo-ostrich pet, Merc - as they help connect the universe on behalf of the Tomorrowland Transit Authority. Miles from Tomorrowland will premiere in August on Disney Junior.

In addition, be sure not to miss "Messages From Miles", which premieres on Disney Junior from 20 July, Monday, at 9am, where Miles will impart Cosmic Explorer Rules to your little ones.

Premieres August 17, 9AM
Regular schedule: Mondays at 9AM

Space adventurer Miles Callisto is always ready for action, traveling through the universe with his family and his best friend, a robo-ostrich named Merc. The family includes mom Phoebe, the ship's captain who sets a good example and encourages her family on every mission; dad Leo, a laid-back pilot and inventor who isn't afraid to try new things; and big sister Loretta, who is a brilliant computer coder and always has her brother's back. Together, they use teamwork and problem solving as they encounter obstacles while completing missions throughout outer space for the Tomorrowland Transit Authority. The Callistos' home base is a floating space station called the Stellosphere, and the StarJetter is the vehicle they use to go to other planets and galaxies. Each episode features a fact related to space or science that inspires the storyline.

GET TO KNOW THE CHARACTERS: 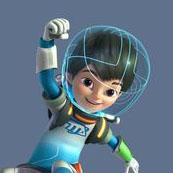 A space adventurer who’s always ready for action. He blasts through the universe with his best friend and robo-ostrich, M.E.R.C. Together they journey to new worlds, meet alien creatures and make galactic discoveries! 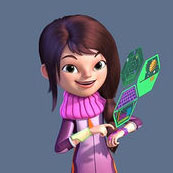 Miles' older sister who researches and records new discoveries and has the answer to almost any question in the universe right on her wrist with her bracelex.

Captain of the Stellosphere and Miles' mother who runs the ship with a warm heart, high standards, and a take-charge personality. A born leader, Phoebe sets a great example and encourages her family on every mission.

Miles' father who is the engineer and pilot aboard the Stellosphere. He's laid back and can utterly cool, even when flying through space junk. 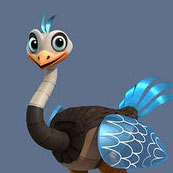 Miles best friend is a robo-ostrich, programmed to have feelings and fully loaded with an extensible neck and rocket boosters to keep Miles safe.

Disney Junior not yet in your plan?
Choose to add Disney Junior to your SKYcable basic plan via SELECT for only 100/month in Standard Definition.

Catch a SNEAK PEEK of the latest Disney Junior series, Miles from Tomorrowland! This intergalactic adventure charts the outer space missions of young adventurer Miles Callisto and his family as they help connect the universe on behalf of the Tomorrowland Transit Authority.
Welcome, SKY Kapamilya!
We use cookies to improve your browsing experience.
Continue to use this site means you agree to our use of cookies
Tell me more!
×