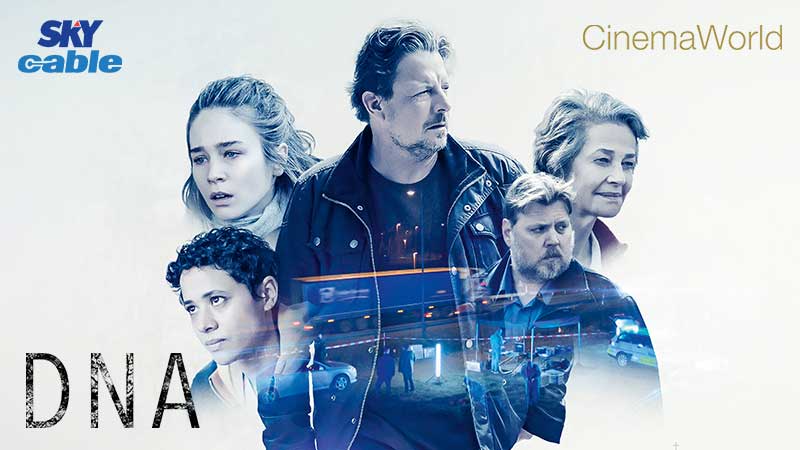 A crime drama about the controversial use of gene sampling in solving crime will grip viewers as CinemaWorld premieres “DNA,” a series inspired by true events in Denmark, this September, every Sunday from 9 PM (2 episodes back-to-back).

The eight-part series co-created by Torleif Hoppe follows the story of Rolf Larsen, played by Danish actor Anders W. Berthelsen (“The Killing”), a Copenhagen police detective whose life takes a tragic turn when his baby daughter goes missing with no witnesses and no trace of foul play. Five years hence, Rolf eventually regains hope five years later after discovering a flaw in the Danish police’s DNA system that might just allow him to find out what happened to her.

Berthelsen is joined by Poland’s up-and-coming actor Zofia Wichlacz (Netflix’s “1983″), Nicolas Bro (“The Killing”), Olivia Joof (“Perfect Places”), and acclaimed British actress and erstwhile Oscar nominee Charlotte Rampling. Rampling stars as Claire Bobain, the captain at the Regional Police Service in France whose track record proves her better to take on the case than any of her male colleagues.

“DNA” joins “The Killing” and “The Bridge” in the growing list of series in the Nordic Noir genre, which has seen success with British audiences.

Will Rolf successfully solve his daughter's case and find her alive? Don't miss the talked about Danish Thriller "DNA" starting September 6, Sundays, from 9 PM on high definition on CinemaWorld via SKYcable.

Add CinemaWorld HD to your plan for only P150/mo. via SELECT.

Not yet on SKYcable? Click here to know more about our available SKYcable HD plans.

CinemaWorld premieres “DNA,” a series inspired by true events in Denmark. Catch every Sunday of September, 9PM.
Welcome, SKY Kapamilya!
We use cookies to improve your browsing experience.
Continue to use this site means you agree to our use of cookies
Tell me more!
×