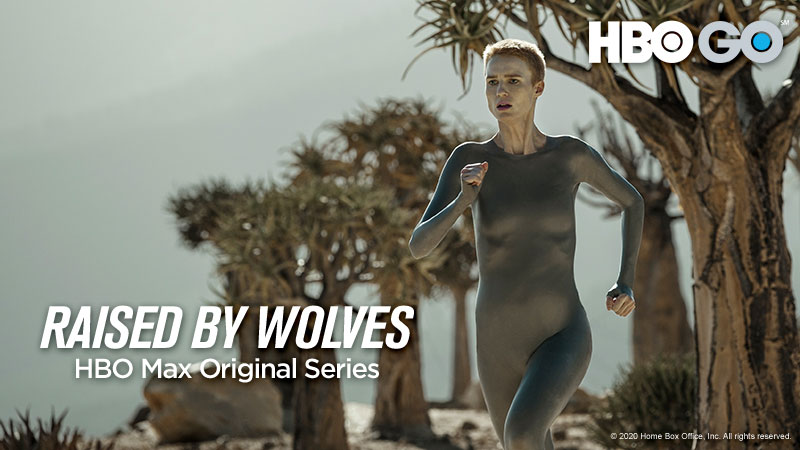 There’s no reason to doze off during bed-weather days this September. Settle in and binge-watch these exhilarating and entertaining lineup of new movies and series on HBO GO!

For new and existing SKY Fiber subscribers with speeds of 15Mbps and up, activate your HBO GO subscription until September 30, 2020 and enjoy first three months of premium access at no cost, courtesy of SKY Fiber. Click here for more details.

Directed by Ridley Scott, this science-fiction series features two androids, Mother and Father, raising human children on the colony of a distant world. Their peaceful existence is soon threatened by clashing beliefs, leading to conflict as the androids try to protect their colony. Stars Amanda Collin, Abubaker Salim and Travis Fimmel.

Based on the novel of the same name by Matt Ruff, the ten-episode series follows Atticus Freeman (Jonathan Majors) as he journeys with his childhood friend Letitia and his uncle George on a road trip from Chicago across 1950s Jim Crow America in search of his missing father Montrose (Michael Kenneth Williams). Their search-and-rescue turns into a struggle to survive and overcome both the racist terrors of white America and monstrous creatures that could be ripped from an H.P. Lovecraft paperback. Stars Jonathan Majors, Jurnee Smollett and Courtney B. Vance.

THE GARDEN OF EVENING MISTS

This limited series is divided into two parts. In the first three episodes themed ‘Summer”, a man named Sam is drawn to a mysterious island populated by tradition-bound islanders whose secretive ways dredge up deeply-buried trauma. The second half, themed “Winter” brings a strong-willed woman to the same shores where her presence triggers a cascade of conflict. Stars Jude Law and Naomi Harris.

Witness the dark descent of the individual best known as the Joker, the caped crusader’s most iconic nemesis, in this award-winning origin story. Stars Joaquin Phoenix.

The seedy world of strip clubs is revealed in this heist movie, inspired by a real-life case where a team of women turned the tables on their wealthy Wall Street clients, lining their pockets with profits. Stars Jennifer Lopez and Constance Wu.

Must-watch this September
Welcome, SKY Kapamilya!
We use cookies to improve your browsing experience.
Continue to use this site means you agree to our use of cookies
Tell me more!
×