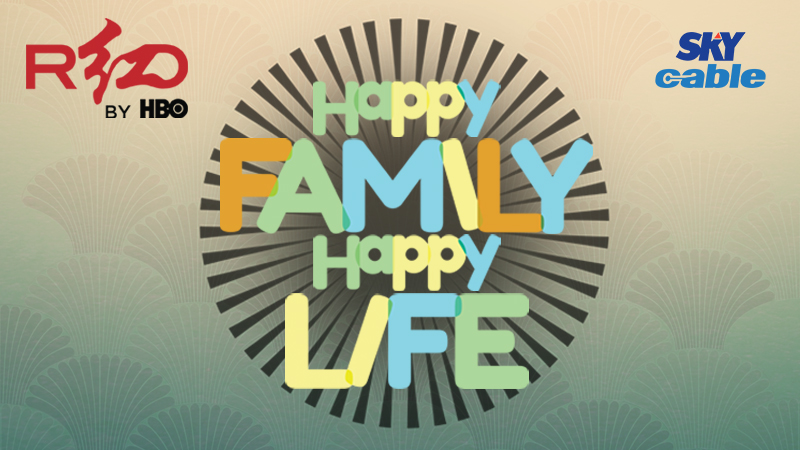 4 Asian Films for the Family on RED by HBO

There’s no bond quite like family, especially among many Asian cultures.

And this shines through in the way Asian film does family dramas and slice of life movies. As part of these filial cultures, these are the kinds of stories that resonate strongly with Filipinos, and are difficult to resist, especially with how well-made they are. You’ll find a lot of them on RED by HBO, which houses internationally acclaimed, award-winning and popular movies and series from Asia.

Check out some of these heart-warming, and fun titles lined up for the month of June, on RED by HBO, perfect for family viewing!

Plus, get a chance to take the whole family on a vacation to Osaka, Japan, with RED by HBO. Know more here.

What a Wonderful Family 3: My Wife My Life (Japan)

Fumie lives in a three-generational household with her two growing sons, her husband Konosuke, and his parents. One afternoon, a thief breaks into the house and steals a sum of money Fumie kept hidden in the refrigerator!

Konosuke berates Fumie, saying: “You saved up a nest egg from my earnings?!” His insensitive negation of her daily struggle sets off an explosion of her pent-up anger and frustration. She walks out on the family, leaving them to do everything for themselves.

Is the Hirata family on the verge of permanent collapse this time?

Though I'm not a hero on the stage, I can be a hero for my only fan, my son.

Seok-jin, a saxophonist, plays the saxophone in a club. Though he works at a club for a living, he has high pride as an artist with a great support from his son Ha-neul. One day Seok-jin finds out that there is a huge debt which his runaway wife owed from loan sharks. To pay the debt, he has to give up a life as an artist and start a new life as a fisherman. Dreaming of going back to the stage and living with Ha-neul without any concerns, Seok-jin works hard every day, but their small happiness does not last long…

What does it feel like to have a brother who makes a fool of his sister every day and has no sense of family? Shi Miao only hopes her brother Shi Fen disappeared completely; even her precious birthday wishes are "take my brother away quickly". Unexpectedly wishes come true, the elder brother becomes the best friend Miao Miao’s elder brother, Shi Miao feels sorry for Miao Miao while thrills inside of getting rid of "the devil king"! The life without brother becomes a dream that Shi Miao enjoys herself in it every minute, but gradually she finds out there’s hidden secret under the strange behavior of her ‘devil’ brother.

The super agent Jia Bangde was sent on a crucial mission to investigate a new drug cartel when he was plotted against. Seriously wounded and amnesiac, Jia Bangde woke up in the hospital as a super fat man and met fat cop Hao Yingjun. Yingjun begged Bangde to take him on a mission after discovering that his hidden belongings were much like secret agent equipment.

This two searched for clues through the fuzzy memories and objects hardly put together by Bangde. Their giant bodies made their action very slow, and a number of awkward incidents occurred on the way, even drug dealers chased after them. The two men developed a deep friendship while confessing their true identities to each other, and they eventually solved the conspiracy of drug cartels.

These cinematic gems are perfect for bonding with the family.
×