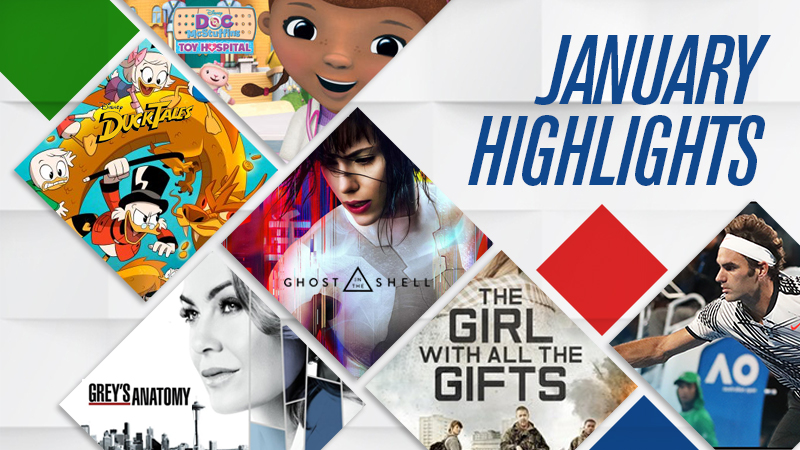 Cheers to a new year, a new beginning, this 2018. For one, we’ve got a few new channels to add to our line-up, plus a chance to check out 97 of our SKYcable channels for FREE this month!

Don’t get caught at a standstill! Get your blood pumping with these blockbusters, thrillers and science fiction flicks.

Ghost in the Shell

Believing she was rescued from near death, Major becomes the first of her kind: a human mind inside an artificial body designed to fight the war against cyber-crime. While investigating a dangerous criminal, Major makes a shocking discovery – the corporation that created her lied about her past life in order to control her. Unsure what to believe, Major will stop at nothing to unravel the mystery of her true identity and exact revenge against the corporation she was built to serve.

Where to watch HBO

The Girl with All the Gifts

A scientist and a teacher living in a dystopian future embark on a journey of survival with a special young girl named Melanie.

Where to watch FOX Movies

The Crocodile Hunter mistakes some CIA agents for poachers and sets out to stop them from capturing a wily croc, which unbeknownst to him, has swallowed a tracking drone.

Where to watch FOX Family Movies

During the Warlord era in China, a rural village falls into a dangerous situation. Aided by a determined lawman and a vagabond warrior, villagers unite to protect their land from a strongman and his thugs.

Where to watch Cinema One

Hollywood’s awards season kickstarted with the Golden Globes last January 8, but there’s more to come. There are more awards to be given out, and even more names and titles gunning for even one of them. See which of last year’s bests take home the trophy. 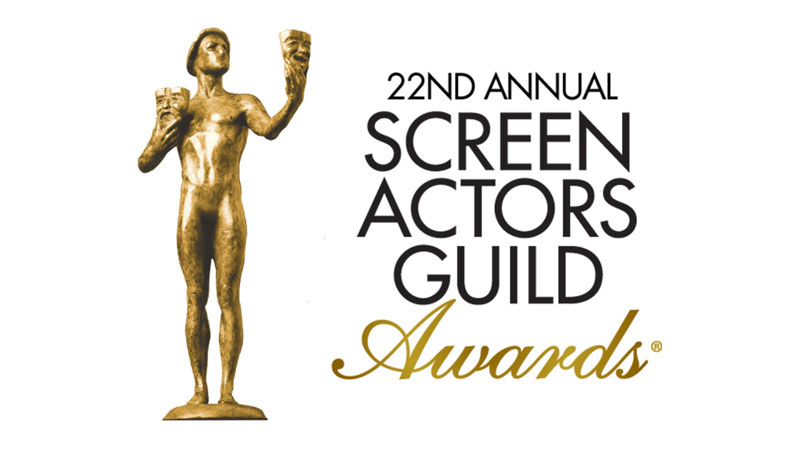 Where to watch Blue Ant Entertainment 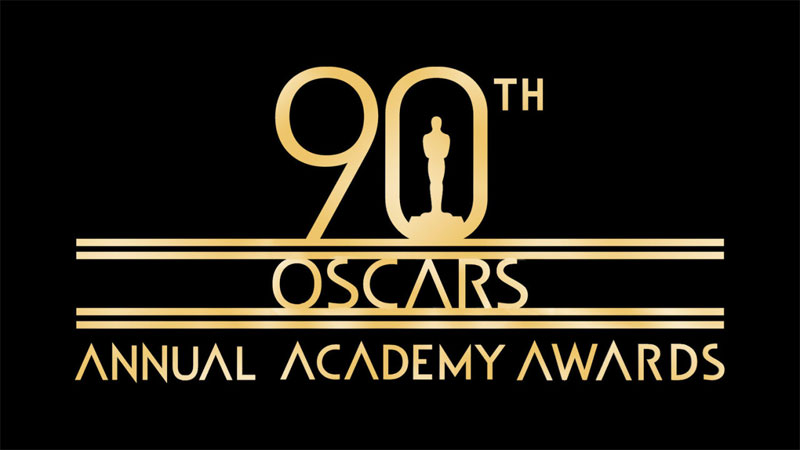 The live announcement of nominees in the 10 biggest categories for the 90th Annual Academy Awards® which honours the year's best films, performances and achievements in cinema.

Where to watch HBO

Brand new seasons for a brand new year. Get fresh new episodes of your favourite series and shows. 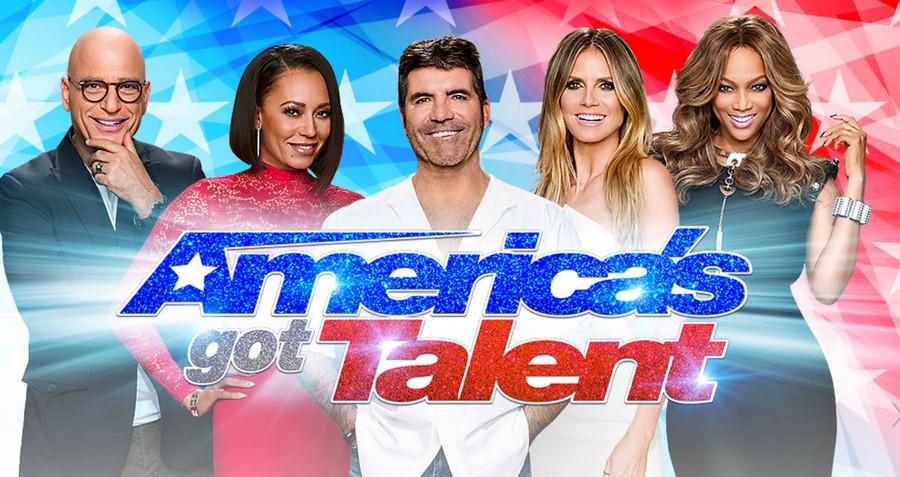 Judges Simon Cowell, Mel B, Heidi Klum, and Howie Mandel once again were on a quest to find the best talent the country has to offer. Supermodel Tyra Banks joins as the new host. A true celebration of creativity and talent, the show features a colorful array of singers, dancer, comedians, contortionists, magicians, impressionists, juggles, ventriloquist and hopeful stars, all vying to win America’s hearts and the $1 Million prize.

Where to watch Blue Ant Entertainment 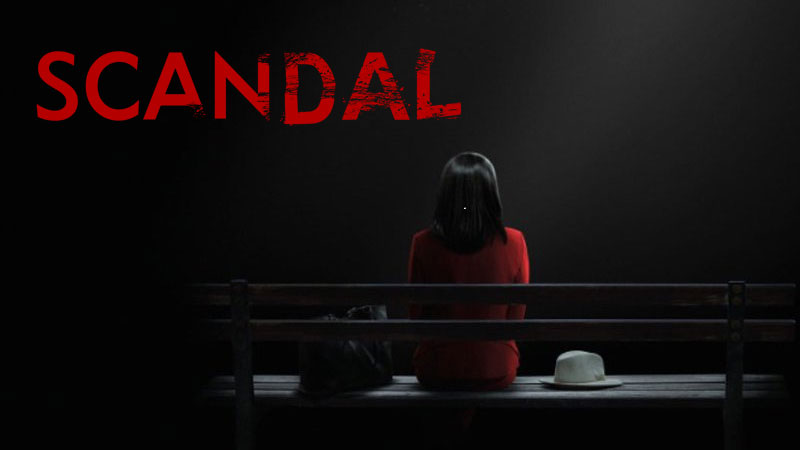 A female president, a death in the white house, and the struggle for more power. Just when you thought Scandal couldn’t beat reality… it goes and blows you away. The latter half of the season sees former Gladiator Olivia Pope become Black Hat Olivia – the baddie we never saw coming. 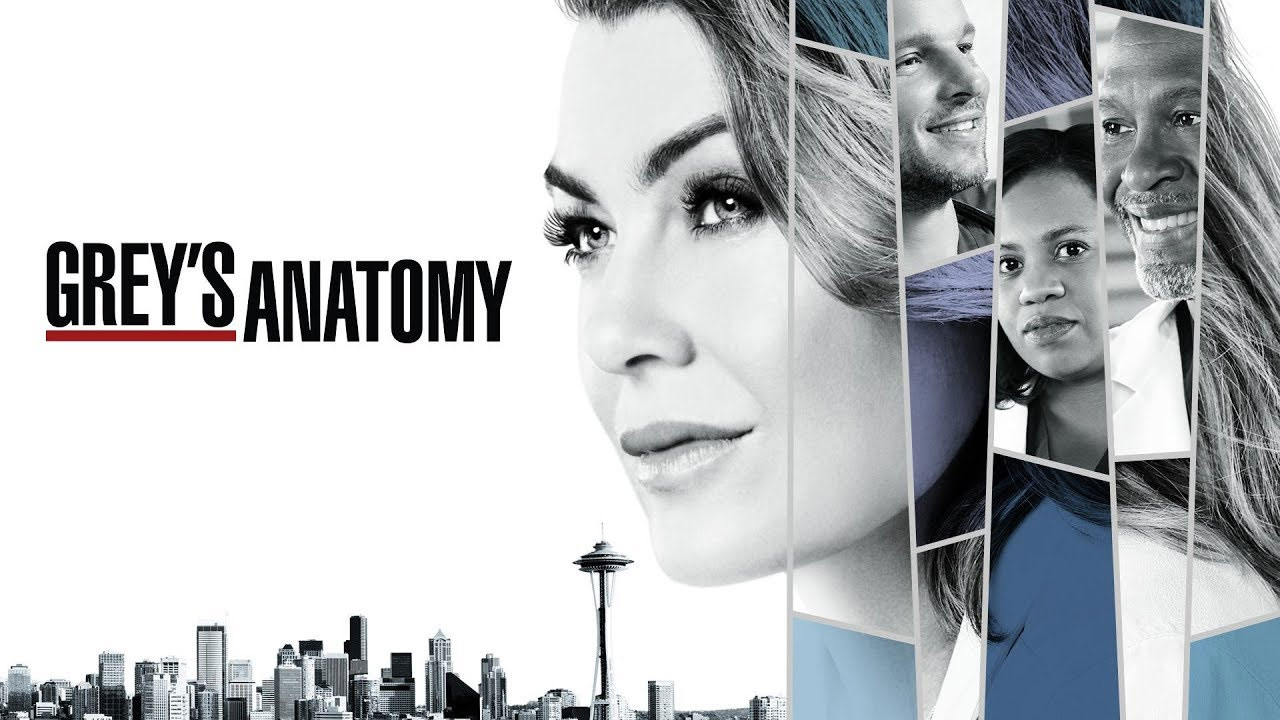 This season, Meredith goes back to focusing on medicine and receives a prestigious award for it. She also finds a new love but has trouble dealing with his baggage. The groundbreaking medical series will air its 300th episode this season. 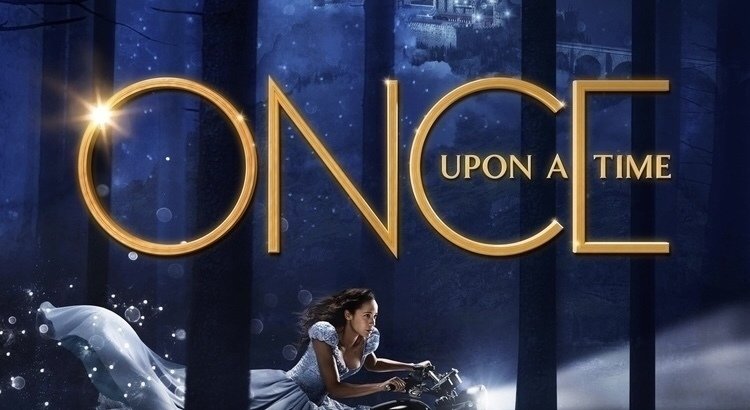 Once Upon A Time S7

This season, Henry leaves Storybrooke in search of his own story. Years later in another realm, Henry encounters a troubled Cinderella, changing the trajectory of his quest forever. When Cinderella's evil step-mother, Lady Tremaine, poses a threat, Henry discovers that following his heart will require him to make more difficult choices than he ever could have imagined. Years later, a young Lucy finds a disillusioned Henry at his home in Seattle, determined to make him remember his true self in order to defeat the curse afflicting the fairytale characters of "Hyperion Heights."

Where to Watch Fox Life 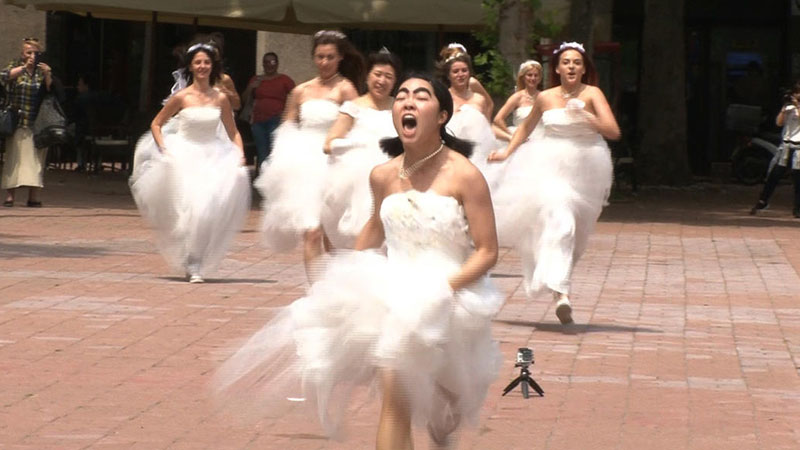 Join the hosts of The Quest as they travel to different parts of the world to complete challenges assigned to them and find answers to mysteries. Their hilarious antics and nail-biting stunts are bound to keep you on the edge of your seat!

Where to watch GEM TV 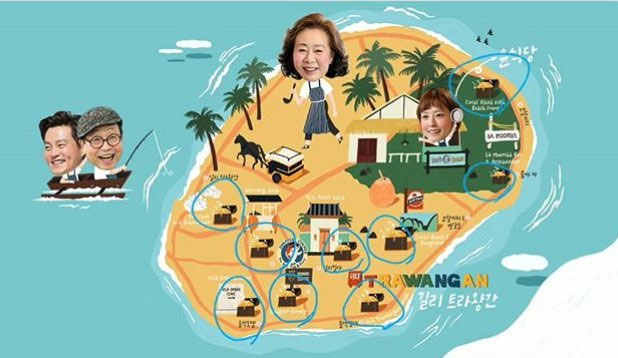 In the new season of “Youn’s Kitchen”, Park Seojun will join as a new member to take up the role of an intern and to open a Korean restaurant in Spain with CEO Yoon Yeojung, director Lee Seojin and assistant chef Jung Yoomi. The four have to work things out together while starting their new restaurant business in a foreign place.

Where to watch tvN 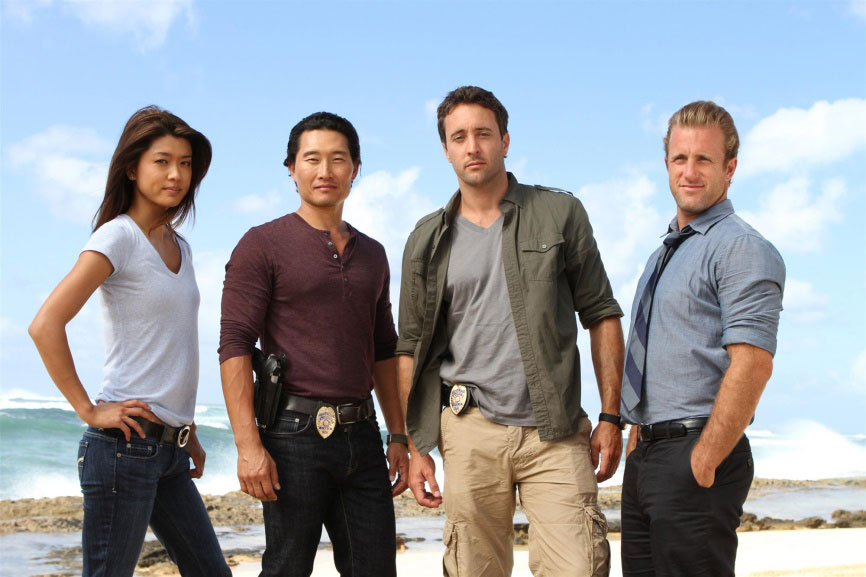 Hawaii Five-0 returns for a brand new season! The state's brash Five-0 unit, who may spar and jest among themselves along with the new team members, but they remain determined to eliminate the seedy elements from the 50th state. 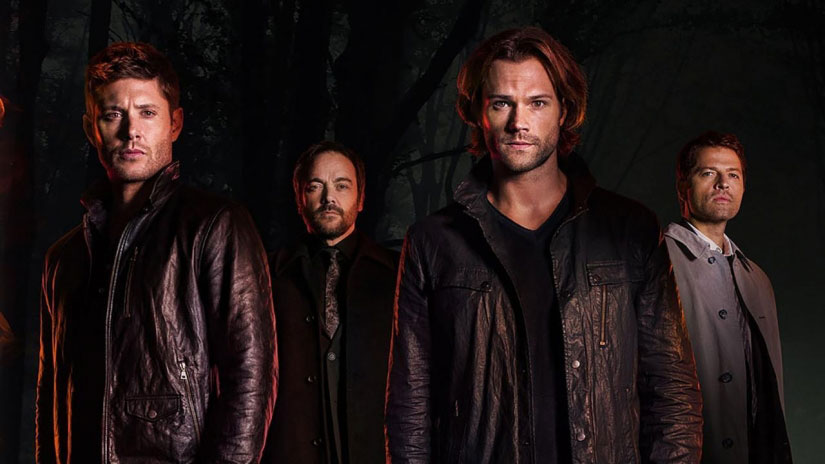 Everybody's favorite Fantasy and Horror series is back — Season 13 begins with Sam (Jared Padalecki) and Dean (Jensen Ackles) picking up the pieces after the loss of their mother, the demise of Crowley (Mark Sheppard) and the heartbreaking death of Castiel (Misha Collins).

Where to watch AXN

Look forward to new adventures for the kiddies with these new shows and seasons. 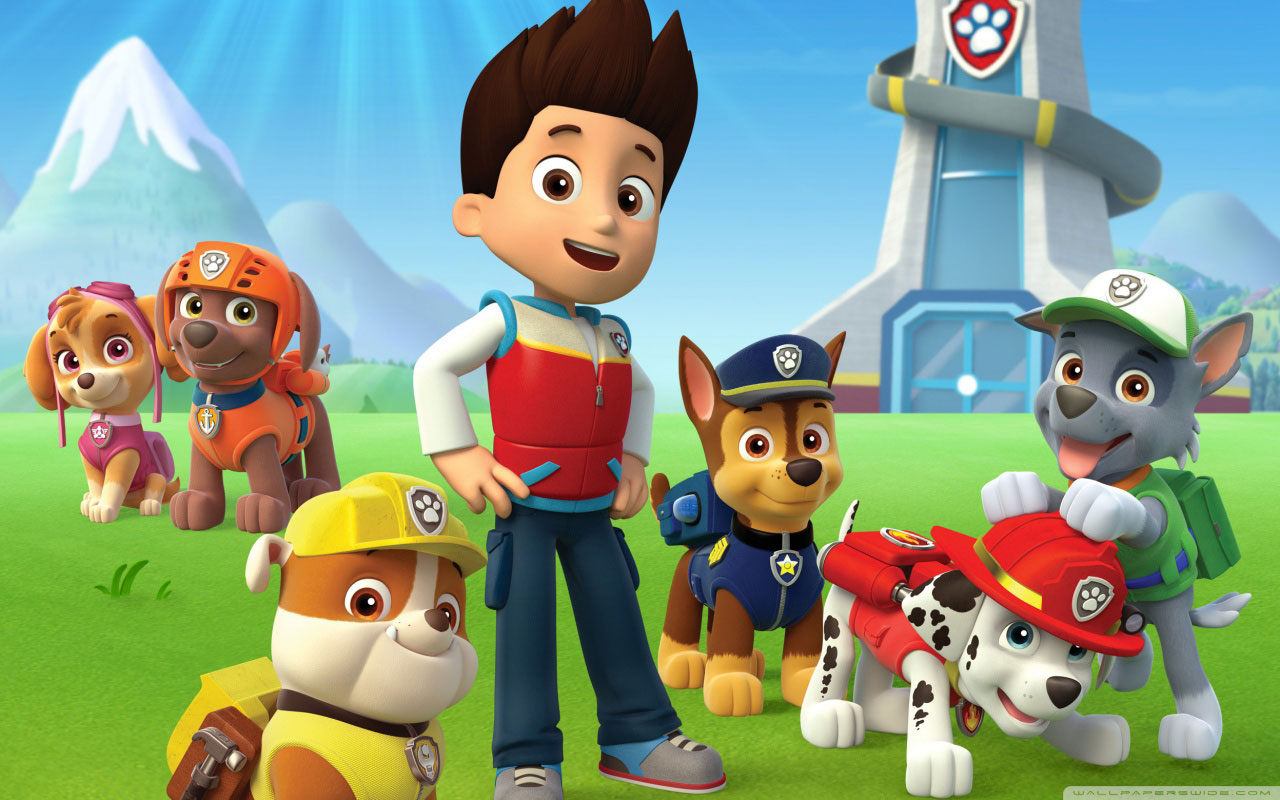 PAW Patrol stars a pack of pups - Chase, Marshall, Rocky, Zuma, Rubble, and Skye - all led by a boy named Ryder. The PAW Patrol goes on high-stakes rescue missions to protect Adventure Bay while teaching kids how to solve problems through teamwork.

Where to watch Nickelodeon 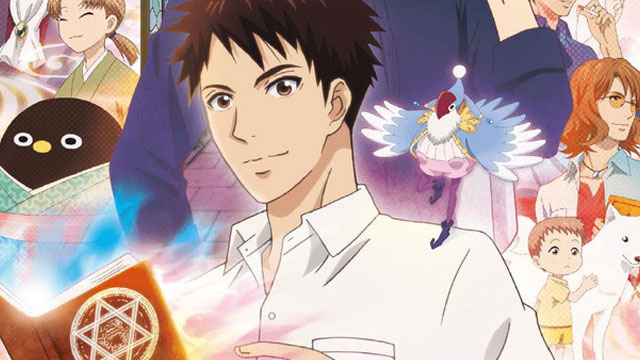 16-year-old Yushi Inaba has lived with his uncle ever since his parents passed away, but he is determined to live independently in a dormitory once he enters high school. However, his plans are dashed when the dormitory he has his eyes on burns down, and he eventually settles for an apartment with deceptively cheap rent. It’s only when he’s moved in that he discovers the reason for the low rent – an infestation problem, of the supernatural kind.

Where to watch Animax

Keep the good lifestyle habits of last year, and do away with the old. Get fresh new ideas, and more interesting stories, with these shows. 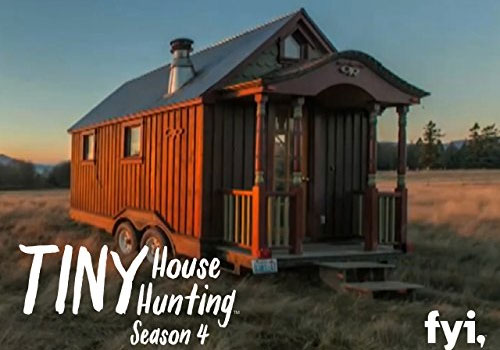 Tiny House Hunting follows realtors as they help a pair of tiny home seekers find the pefect existing mini-space. The season showcases families on the hunt for something new while bringing a fresh perspective to “scaling back”.

Where to watch fyi 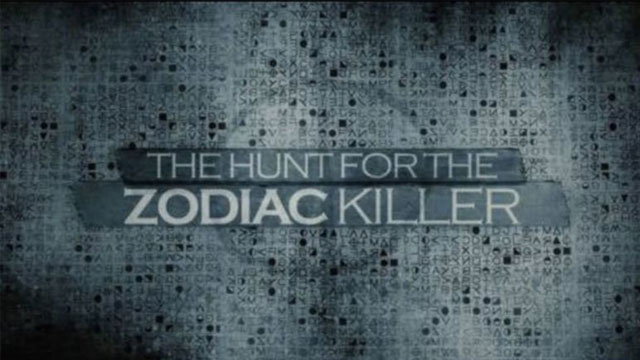 The Hunt for the Zodiac Killer

HISTORY’s ne nonfiction limited series opens up a new investigation into the mystery of one of the America’s most famous unidentified serial killers. A team of experts take a crack at solving the codes left behind by The Zodiac during his killing spree in the 60’s ‘til the 70’s.

Where to watch History 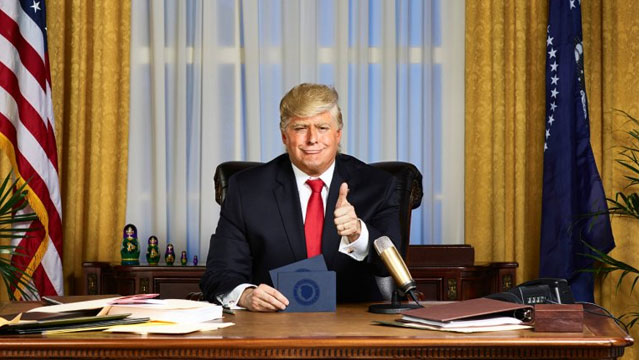 The losers dominating late-night are in for a rude awakening when the smartest, handsomest, most winning-est President of all time enters the fray to address the nation. The President Show brings television back to the people by putting a plutocratic billionaire behind the desk.

Where to watch Comedy Central 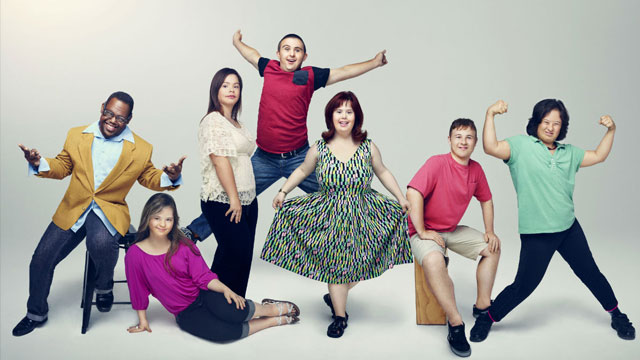 Born This Way follows a group of seven young adults born with Down syndrome along with their family and friends in Southern California. The inspiring docuseries provides an intimate look at a diverse group of young men and women as they pursue their passions and lifelong dreams, explore friendships, romantic relationships and work, all while defying society¿s expectations.

Where to watch Lifetime 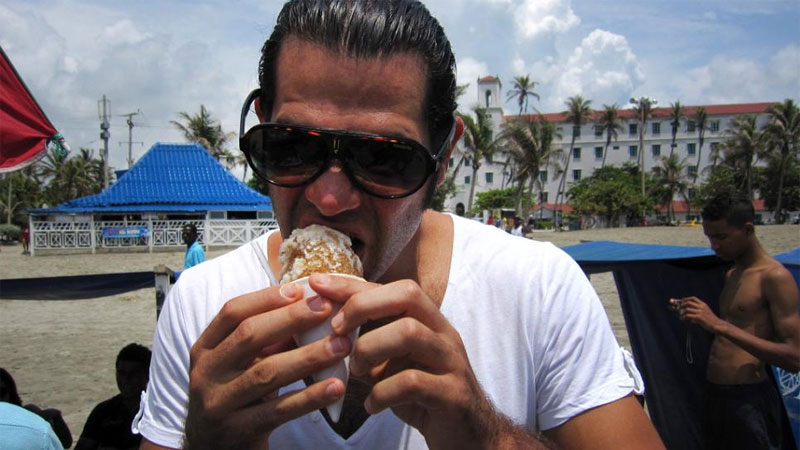 Whether you’re hungry for tacos in Mexico, or ceviche in Peru, the street vendors of Latin America serve the tastiest local cuisine.

Where to watch Lifestyle

This year, we’ve got the Australian Open 2018 to kick off the Grand Slam. Meanwhile, the Spanish La Liga season continues, on for the latter half of the 38-week tournament with Barcelona leading with 9 pts.

The qualifiers are well underway since January 10, but the big games to look forward to begin on the 15th. Roger Federer is a more than familiar name – and a favourite among tennis fans indeed – but just as familiar is Rafael Nadal.Which tennis champ will win this tour? Or could there possibly be a surprise contender this year? [Learn more ...]

The season continues for the 2017-2018 La Liga games, with Barcelona back on top of the ladder with a 9 pt. lead, while champion Real Madrids drop more points with a 2-2 draw against Celta Vigo at Balbaido.