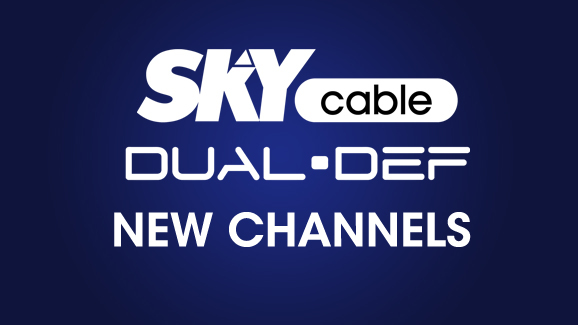 FYI is a contemporary lifestyle channel for your inspiration, for your imagination or for your innovation that embraces an adventurous, personalised and non-prescriptive approach to lifestyle content. From our viewer's taste, space, look, journey and more – FYI covers a range of experiences that reflect how people actually live their lives today, not constrained by one passion or interest.

Check out these popular shows airing on E! and FYI

The whole nation has caught tiny house fever, with homes of less than 300 square feet booming in popularity. New series Tiny House Hunting explores this trend, in each episode seeking to help a pair of tiny home seekers find their perfect tiny home, whether it's a little home nestled in the Rocky mountains or a tiny beach getaway on the coast of Florida.

Eric and Anna are two Generation Y-ers in Seattle who are ready to take the tiny plunge. They want to find that tiny city dwelling in a natural setting with plenty of room for time-hogging hobbies.

Keith and Rob decided to move to San Francisco permanently and are putting the next phase of their plan into action--buy a tiny home there. That is, if they can afford it.

Patrick and Sarah are ready to set out and find a tiny home that they can easily maintain, while not having to worry about a huge mortgage to pay while they're away on long travels.

FYI's new original series, WE'RE MOVING IN, a joint creative venture with Pinterest, takes home renovation and decorating to a whole new digital level. With the guidance of design specialists, James Connelly and Britany Simon, new housemates get the help they need in order to make their visions come alive with innovative, do-it-yourself ideas from Pinterest. No matter how long two people have known each other, the challenge of moving in together and blending design styles can be a daunting task. In each episode of WE'RE MOVING IN, new housemates from newly married couples, to roommates, to blended families are in the throes of moving in together for the first time.

Two best friends find themselves in a battle when it comes to decorating their bachelor pad. One wants a contemporary hotel vibe, and the other wants to live like the futuristic Jetson's!

Tune in for a family feud! A brother and sister move in together and can't agree on how to decorate and live happily under the same roof! Will they be able to merge their conflicting design styles?

When two former WWE superstars decide to become roommates it proves to be a bad match! Now, instead of battling it out in the ring, these two have been wrestling over how to decorate their home!

Keeping Up with the Kardashians

Tabloid princess Kim Kardashian and her colorful blended family, led by matriarch Kris Jenner, are the subjects of this reality series that chronicles their often-chaotic domestic life together. Although the family members frequently are at odds, especially Kim and sisters Kourtney and Khloé, they always support one another in the end, regardless of how many controversies -- and there are many -- the family experiences as their fame grows. The sisters' business venture, the DASH clothing store chain, becomes part of the family's drama as that enterprise expands over time.

Giuliana Rancic and the "E! News" team create an often-irreverent look at Hollywood happenings, along with all the latest celebrity news, trends and gossip. The anchors and reporters cover television, film and music, as well as the celebrity party scene. Catch E! News for your latest updates, highlights and all things entertainment.

The long-running late-night talk show returns to its New York roots for the first time since 1972 when comic Jimmy Fallon takes over hosting duties, accompanied by his Grammy-winning house band, The Roots. The former cast member of "Saturday Night Live" and lead of "Late Night with Jimmy Fallon" welcomes guests to an evening of comedy, music, conversation, and competitions. "Saturday Night Live" creator Lorne Michaels serves as the program's executive producer, and Steve Higgins is the announcer.

E! and FYI is also available online via livestream on SKY On Demand if you are subscribed to the channel. WATCH NOW | KNOW MORE

Two lifestyle channels added to Dual Def 549 and 999 plans
Welcome, SKY Kapamilya!
We use cookies to improve your browsing experience.
Continue to use this site means you agree to our use of cookies
Tell me more!
×