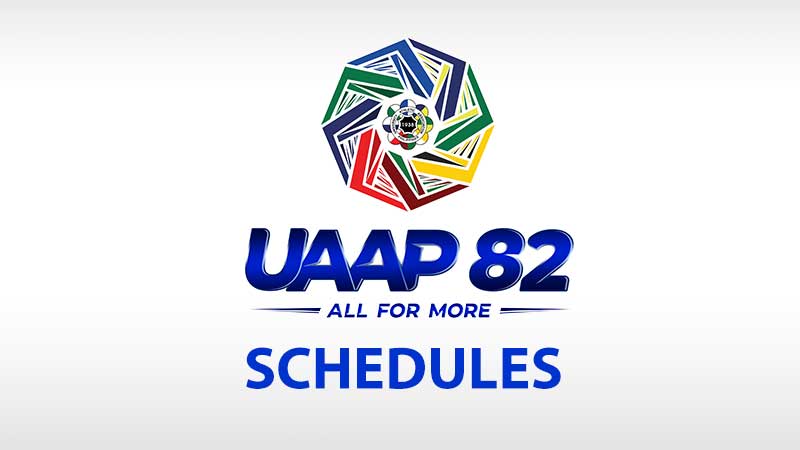 ADVISORY:
In light of the President of the Philippines declaration of State of Public Health Emergency and suspension of classes in all levels in Metro Manila, all UAAP events scheduled until March 14 are suspended.

UAAP Volleyball premieres this week with a bang! With new schedule changes set to spike up the ratings and the following of one of the fastest raising sports in the country.

This Season 82 marks a new era in UAAP Volleyball with schedules of men’s and women’s volleyball alternating every Tuesdays, Wednesdays, Saturdays, and Sundays.

On the women’s side, will defending champion, Ateneo Lady Eagles show that last year’s title wasn’t an aberration but a testament of teamwork and hardwork? Or will the UST Lady Tigresses finally breakthrough with reigning MVP ace, Sisi Rondina at the helm? Or maybe the DLSU Lady Spikers reach the promise land once again?

On the other side, with the rise of men’s volleyball, this time the guys are shoved into the spotlight with the new schedules. There will be more primetime games that features the high-flying and hard-hitting spikers of the men’s division. Will the NU Bulldogs continue their dominance and complete a threepeat or will we see another team take them down this season?

Catch the best of collegiate volleyball live on ABS-CBN Sports + Action and Liga!

UAAP Volleyball premieres this week with a bang
Welcome, SKY Kapamilya!
We use cookies to improve your browsing experience.
Continue to use this site means you agree to our use of cookies
Tell me more!
×