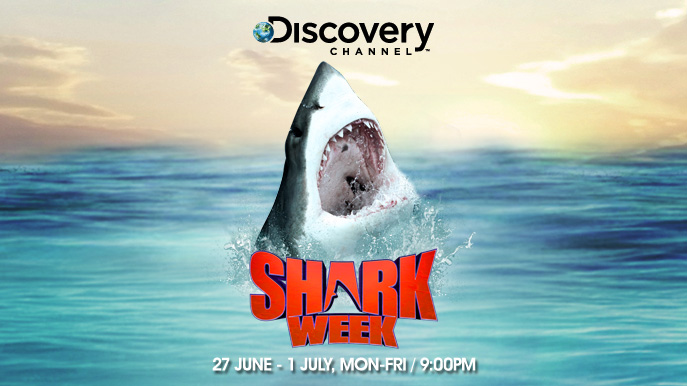 Shark Week on SKY On Demand

If you missed the airing on Discovery Channel, you can watch it anytime you want on SKY On Demand! Just register your SKY account number and log on to SKY On Demand.

Know more about SKY On Demand → 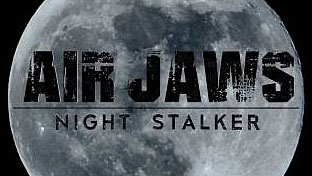 Famed shark photographer Chris Fallows embarks on his 8th Air Jaws adventure with shark expert Jeff Kurr and sharkbiologist Neil Hammerschlag as they discover how great white sharks hunt in total darkness. Narrated by Lena Headey (“Game of Thrones”), it turns out that great whites can hunt effectively with or without any sun or moonlight – but how do they do that? 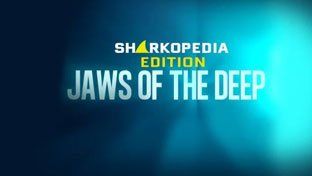 Jaws of the Deep

Marine biologist Greg Skomal and the REMUS SharkCam team return to Guadalupe to find the world’s largest great whiteshark, Deep Blue. This time, they deploy two robot subs: one that dives to 300 feet, and another that goes to 2000. Together, they build a profile of how the great white uses the entire water column. The team uncovers hunting techniques and strategies great whites use to ambush their prey – and film a great white’s attack on the sub! 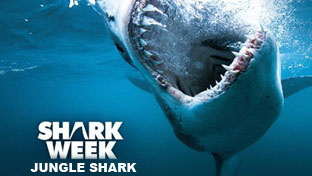 Marine biologist Dr. Craig O’Connell and Andy Casagrande travel up the Serena River in the rainforests of Costa Rica to try and find out why young bull sharks swim up the river, and how they avoid the 12-14’ American crocodiles living there. O’Connell deduces the sharks smell the crocs and creates a first-of-its-kind croc scent-based bull shark repellant – and SHARK WEEK reveals a possible important discovery that could save human lives. 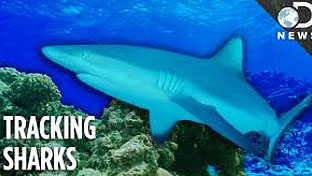 Grandson to legendary underwater explorer and filmmaker Jacques Cousteau, Philippe Cousteau, and his wife Ashlan Gorse Cousteau travel with marine biologist Luke Tipple to Bikini Atoll to explore a marine environment once destroyed by nuclear testing during the Cold War. The nuclear devices detonated across the atoll vaporized two islands and destroyed everything living. Today, nature has proved resilient and restored the marine ecosystem, re-populating the atoll with reef sharks. But since reef sharks are considered non-migratory, where did they come from? Tagging shows they do, indeed migrate atoll-to-atoll – and also uncovers an illegal fishing fleet taking sharks from inside one of the largest shark sanctuaries in the Pacific. 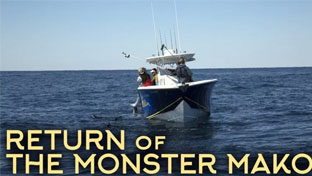 The Return of Monster Mako

Professional shark tagger Keith Poe, and marine biologists Greg Stuntz, Matt Ajemain and their team use state-of-the-art technology to try to document a live-predation of a thousand-pound mako shark — what fishermen call a “grander.” Granders are enormous makos that make a kind of transformation when they reach 10 feet and 1000 pounds – they become more secretive and begin to hunt bigger prey, like seals. And they’re hard to find on the East Coast – until Joe Romeiro and team jump in the water after dark and come face to face with them. 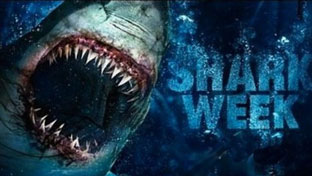 Dr. Neil Hammerschlag is the world’s leading tiger shark expert. Now, he’s on a quest to answer what he calls the trifecta of tiger shark science: where do these giant sharks mate, where do the pregnant females gestate, and where do they give birth? He hopes to find answers by tagging and tracking 40 individuals across a shallow area off the Bahamas called Tiger Beach. Second only to great whites, the tiger shark’s killing power and voracious appetite is legendary – and Neil has to deal with some aggressive sharks while on expedition. 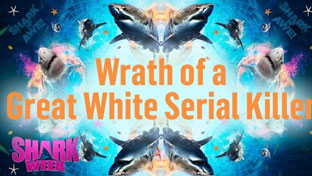 A newcomer has taken residence in the waters of the Pacific Northwest… the great white shark. Shark expert Ralph Collier and Brandon McMillian seek answers to the main questions in this case – why are great white sharks traveling so far north and why are these encounters focused on this one particular place? 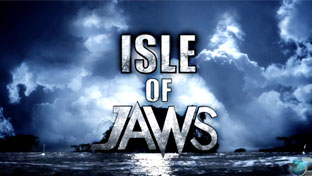 In 2016, award-winning shark cinematographer Andy Casagrande discovered that great white sharks had strangely and completely disappeared from the Neptune Islands off South Australia. Where did the sharks go? Searching west along the known great white migration route, he stumbles upon an incredible discovery – a concentration of all male great white sharks off an uncharted island. Andy calls in marine biologist Dr. Jonathan Werry, and together they get up close and personal with a dozen large great whites in the hopes of solving two of the most closely guarded of all the great white’s secrets… where they mate and where they have their young. 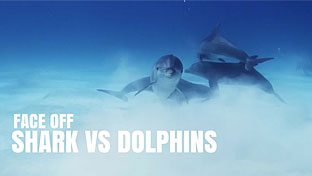 Sharks vs. Dolphins: Face Off

Sharks and dolphins have shared the ocean for ages, but only recently, scientists have begun to understand the true nature of the relationship between these two masters of the sea. It’s hostile, and dangerous, mainly for dolphins. Dolphins would rather eat fish and swim with humans; sharks would rather eat dolphins and anything they can sink their teeth into. Dr. Mike Heithaus and his team bring new research that may solve why sharks attack dolphins far more than we ever knew. 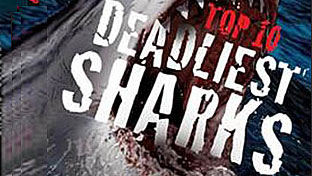 Using cutting-edge research and thrilling historical evidence, Dr. Michael Domeier and Dr. Barry Bruce go looking for rare oceanic white tip sharks, to see if the species deserve the reputation as the “World’s Deadliest Shark.” History says they are – and when the scientists dive in the Bahamas and off Hawaii, they’re spooked by this very dangerous shark.

Watch different shark shows from June 27 to July 1 on Discovery Channel
Welcome, SKY Kapamilya!
We use cookies to improve your browsing experience.
Continue to use this site means you agree to our use of cookies
Tell me more!
×