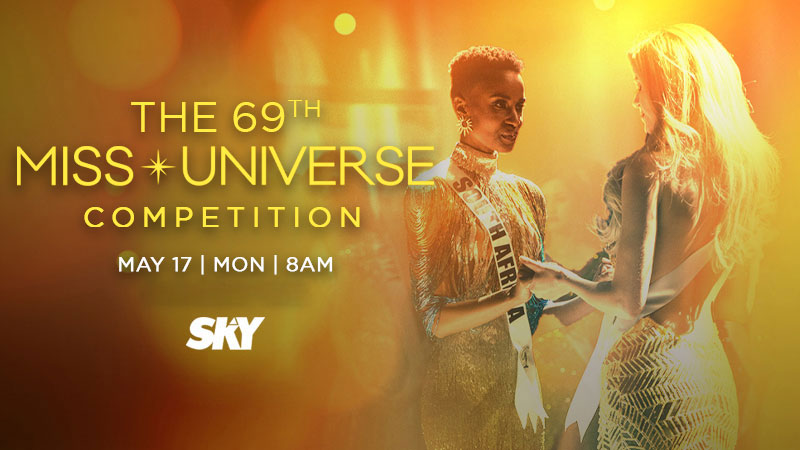 69th Miss Universe Live This May on Sky

Celebrate the most beautiful day in the universe at home as SKY brings you all the happenings in the 69th edition of the Miss Universe pageant live this May 17 at 8 AM from the Seminole Hard Rock Hotel & Casino Hollywood in Florida, USA.

This year's competition features the most beautiful women worldwide, vying for the coveted sash and crown as Miss Universe. Before culminating its festivities, here are some trivia about the most prestigious pageant contest in the universe and fun facts about our country's pride for 2021, Rabiya Mateo.

To whom will South Africa's Zozibini Tunzi pass the coveted sash and crown? Find out as SKY brings you the 69th Miss Universe live this Monday at 8 AM on A2Z in SD and in high-definition on FOX Life, with a primetime encore on A2Z at 10 PM and FOX Life at 8PM.

It will also stream online on iWantTFC on May 23 at 9:45 PM, best enjoyed with SKY's free standard access.

Don’t miss the most beautiful day in the universe live from Florida, USA this May 17, 8AM on SKY!
Welcome, SKY Kapamilya!
We use cookies to improve your browsing experience.
Continue to use this site means you agree to our use of cookies
Tell me more!
×