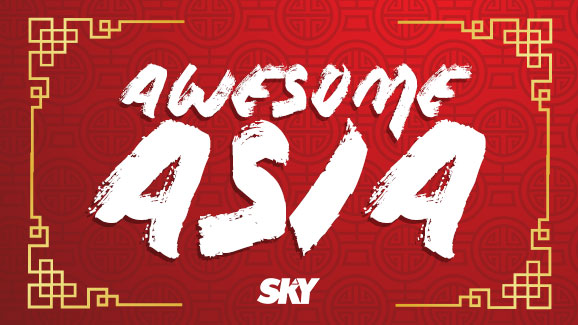 SKY Brings you all the awesomeness in Asia this month! So Ready your Asian feels as we travel around Korea, Japan, Taiwan and China for their awesome shows!

Anneyeong all Kpop and Kdrama fans! This month will be full pack of dramas, reality shows, beauty tips and live performances from your favourite kpop artists. 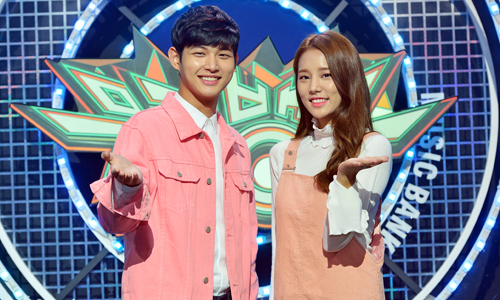 Listing down top 50 K-songs of the week. The number 1 song on the chart will be the winner of the week’s chart and take home the award. 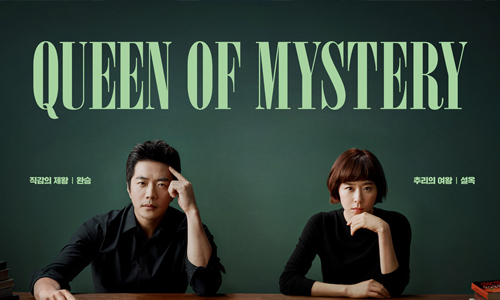 Seolok has always wanted to become a police officer for her entire life. One day, she gets to know a passionate detective. And, he gives her an opportunity to make her dream come true. They work on mysterious cases together. Starring Choi Kanghee and Gwon Sangu. 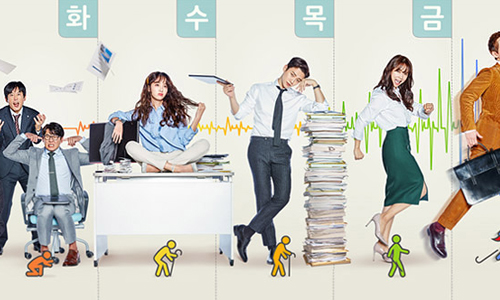 Kim Seongryong works as a chief accountant for TQ Group. The longer he works there, the more he finds out about how corruptive TQ Group was. At first, he didn't care much about the company. Not until he meets his coworker, Yun Hagyeong. Because of her, he decides to help the company survive the crisis. Starring Namkoong Min, Nam Sangmi,Junho & Jung Hyesung. 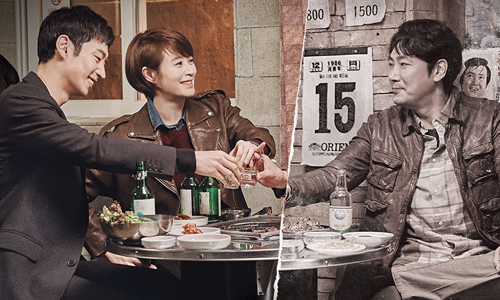 A mysterious walkie talkie allows a detective in 1989 to communicate with another detective from 2015. With the power of fore and hindsight, the two detectives are able to solve crimes and even prevent them from taking place. Starring Lee Je-Hoon, Kim Hye-soo and Cho Jin-woong. 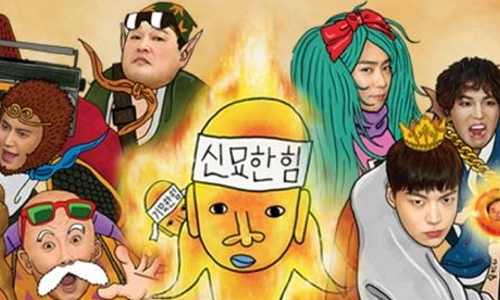 In the third installment of ‘New Journey To The West’, 6 members – Kang Ho-dong, Lee Soo-geun, Eun Ji-won, Ahn Jaehyun, Kyuhyun and Song Min-ho take up roles from Chinese novel ‘Journey To The West’ and set off to China Guilin. They have to complete different missions to find dragon balls which can fulfill their wish. 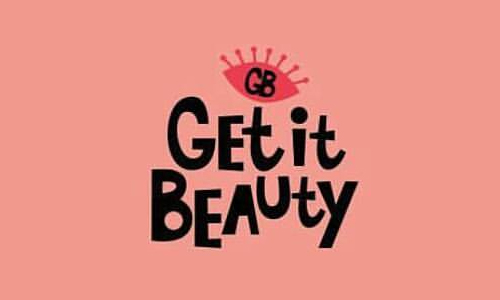 Get It Beauty is back with a new season, hosted by Honey Lee, Kim Min-jung and editor Hwang Min-young, Joining also is Dara (2ne1) Get prepared for more advanced make-up techniques and latest beauty trends in 2017!

After School Club is the Live Music Request show for K-Pop fans all around the world. On our weekly live show, you can join our video chat sessions through Google Hangouts, send us tweets, and share status and comments on Facebook. Connect directly with Kevin, Jimin & Jae, as well as our awesome guests!

Watch Kpop stars as they perform on-stage and interact with the audience throughout the show. No more, no less - Only the essentials on "Simply Kpop"!

Love Japan? Are you an Otaku? Say no more Gem TV , Animax & Hero is the channel to be! 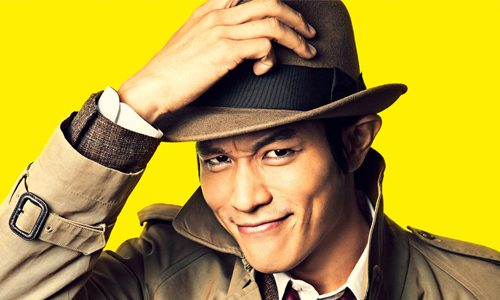 A famous painting is stolen from a museum, and a note left at the scene identifies the suspect as the notorious thief Lupin III. Enter the unconventional detective Inspector Zenigata, with the stunning assertion that Lupin is not the true culprit in this case! With a dangerous new enemy afoot, can Inspector Zenigata track him down before it's too late? Starring: Ryohei Suzuki, Atsuko Maeda and Takahiro Miura 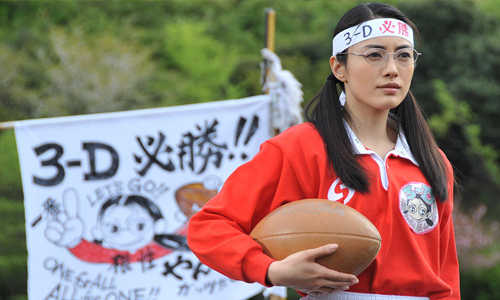 Kumiko's ex-boss Sawatari has advanced to the position of vice-principal of Akado Gakuin High School, but when he is ordered to handle the notoriously problematic class 3-D, he is forced to seek out Kumiko and enlist her help. His journey takes him all the way to a faraway Southern island to convince Kumiko, but when she enters the chaotic classroom, all she finds is two groups of students at each other’s throats! Starring: Yukie Nakama, Haruma Miura and Yuya Takaki. 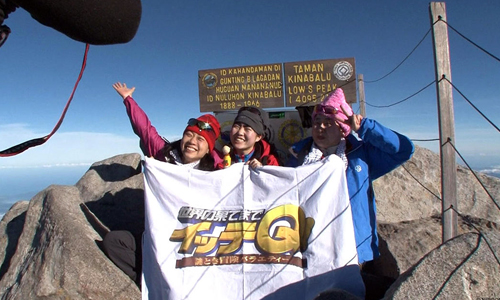 In this wacky new season, laugh out loud at the hilarious antics of the hosts as they embark on journeys to far corners of Earth in search of new mysteries and adventures! With nail-biting stunts and amazing discoveries waiting at every turn, this is one variety show that is sure to keep viewers at the edges of their seats!

GEM not yet in your plan?
Choose to add GEM to your SKYcable basic plan via SELECT for only Php 50/month. 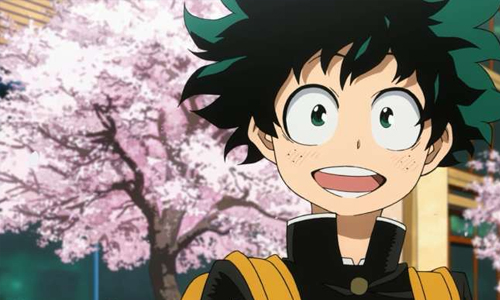 Izuku Midoriya, a boy born without “Quirks” where such superpowers are the norm, finally meets his greatest hero, All Might, who shares his powers with Izuku after recognizing his value and bestows upon him his own quirk, "One For All". Under All Might’s intensive training, Izuku enrols into U.A. High where he continues to hone his skill alongside Katsuki Bakugo and Ochaco Uraraka, who are also his classmates in Class 1-A.

Animax not yet in your plan?
Choose to add Animax to your SKYcable basic plan via SELECT for only Php 50/month. 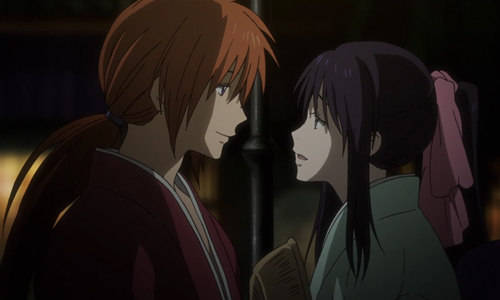 In Meiji era Japan, Kenshin Himura has been trained in the deadliest of sword arts. When the House he was hired by is defeated and forced into hiding, Kenshin must pretend to be the husband of Tomoe. The only catch is, Kenshin killed her fiance, and she is now secretly spying on him. While in hiding, Kenshin and Tomoe grow to love each other, and Kenshin comes to terms with who he is. This is the backstory to the Rurouni Kenshin manga and to a lesser extent, the television series based off of the manga.

Hero TV not yet in your plan?
Choose to add Hero TV to your SKYcable basic plan via SELECT for only Php 20/month. 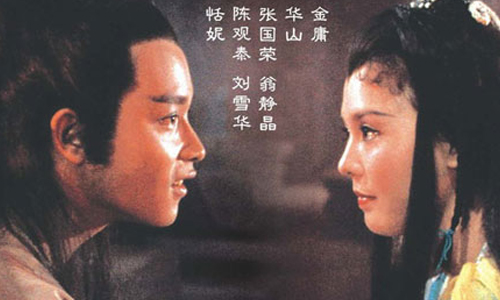 Join Leslie Cheung in this far-out Kung-fu movie with Mary Jean Reimer about a young man who falls in love with a beautiful and mysterious martial arts master. 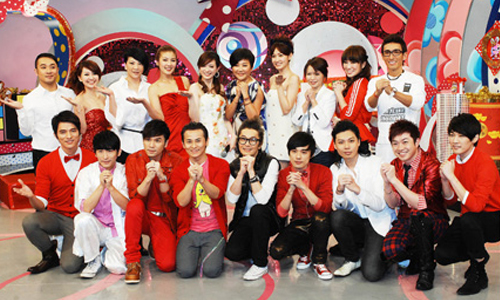 The key programme that stirred a wave of beauty, fashion and trend awareness in Taiwan, solving the different problems females encountered in life. Fashion host Xin-Mei Lan leads the programme, shares fashion news, using women’s perspectives and point of view to integrate a variety of fashion experiences and deliver the most professional knowledge and techniques to each woman who wants to become filled with natural beauty. The programme also brings famous cosmetics and beauty experts, including Kevin and Nioer in the Chinese community as well as the young “Women Troop” popular among the audience. Near the end of 2010, the programme even made its way to Shanghai, creating a Chinese version called “Xinshang Women” on Shanghai’s Xinshang Channel, helping more members of the public to become beautiful and confident with “Lady First.”

SKY Brings you all the awesomeness in Asia this month! So Ready your Asian feels as we travel around Korea, Japan, Taiwan and China for their awesome shows!
Welcome, SKY Kapamilya!
We use cookies to improve your browsing experience.
Continue to use this site means you agree to our use of cookies
Tell me more!
×