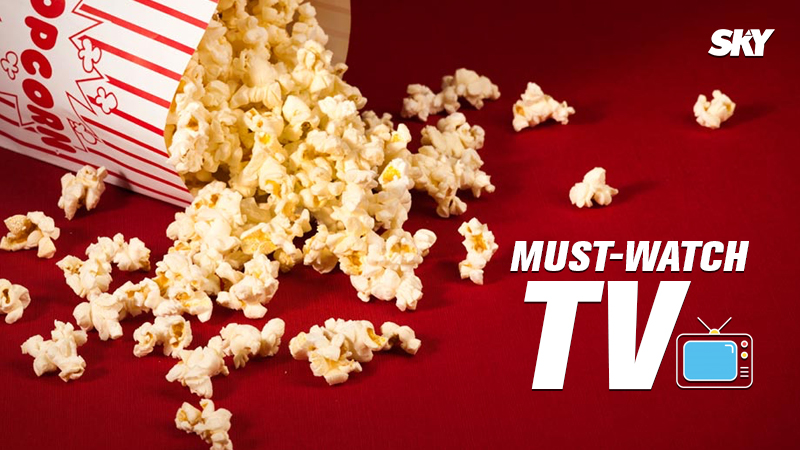 10 TV Series You Should Be Watching this January

With the new year comes new shows, some returning for a new season. Yet not all of them are worth the watch, and some of them are not really for everybody. No worries, however. We narrowed down all the shows worth tuning into this January.

Here are our top 10 TV series of the month, and why you should watch them: 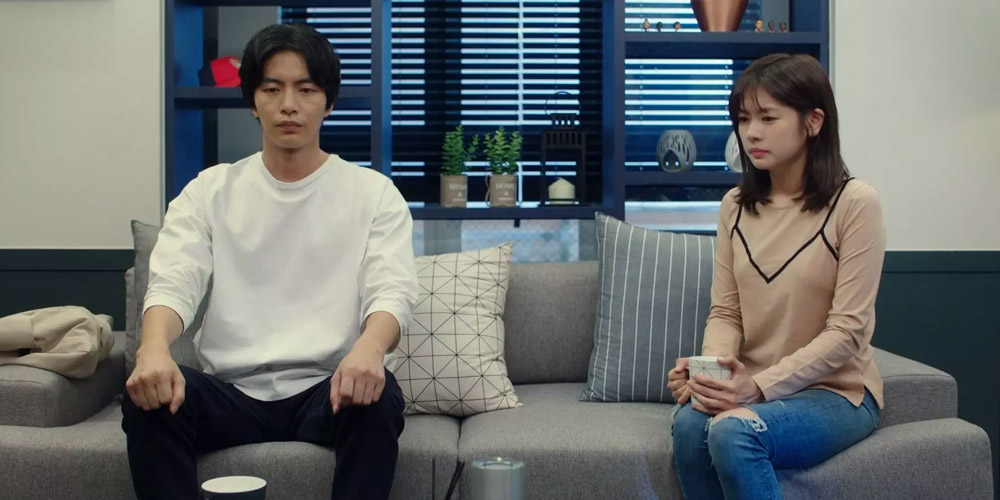 Because This is My First Life

Nam Sae-hee and Yoon Ji-ho are both in their 30s and unmarried. Through unexpected circumstances, Sae-hee becomes Ji-ho's landlord. They both agree to a contract marriage for reasons of their own.

First aired in 2017, this romantic drama is timeless in its simplicity. Despite its cliché premise, the heartfelt narratives, and charming cast work to reinvent the whole series into something fresh and endearing. What we end up with is a perfect blend of drama, romance and comedy, with relatable yet captivating characters you can’t help but root for.

Sprinkled with valuable lessons in love and life alike, Because This is My First Life is definitely worth the re-watch. 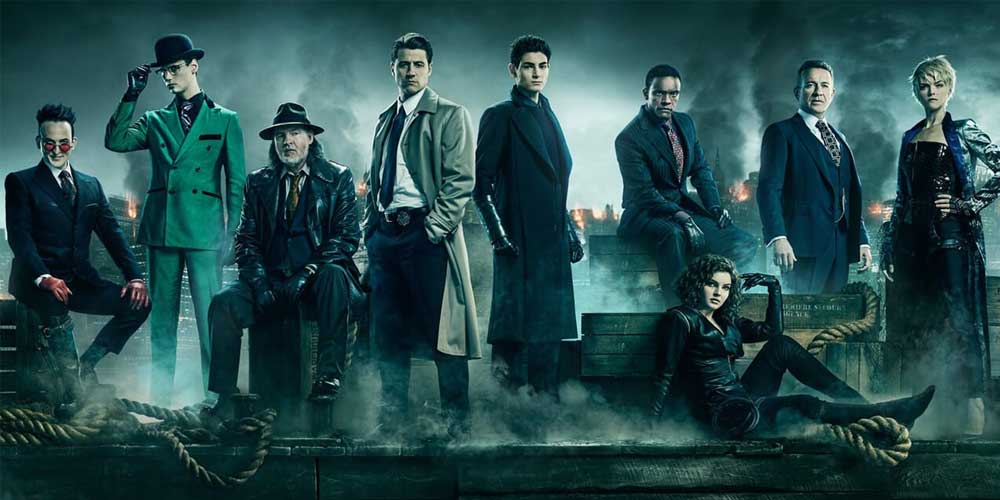 With Gotham on the brink of total anarchy and cut off from the outside world, only Jim Gordon, Bruce Wayne and a handful of heroes remain behind to retake the city.

You don’t have to be a born and bred DC comics fan to get hooked on Gotham. In fact, with the way each episode is set, it’s easy to just dive right in, sans context, and still fully enjoy the show. At its final season, it’ll be even more enjoyable even for those only vaguely familiar with the Batman story, with many references to the future filtering in this Season 5. 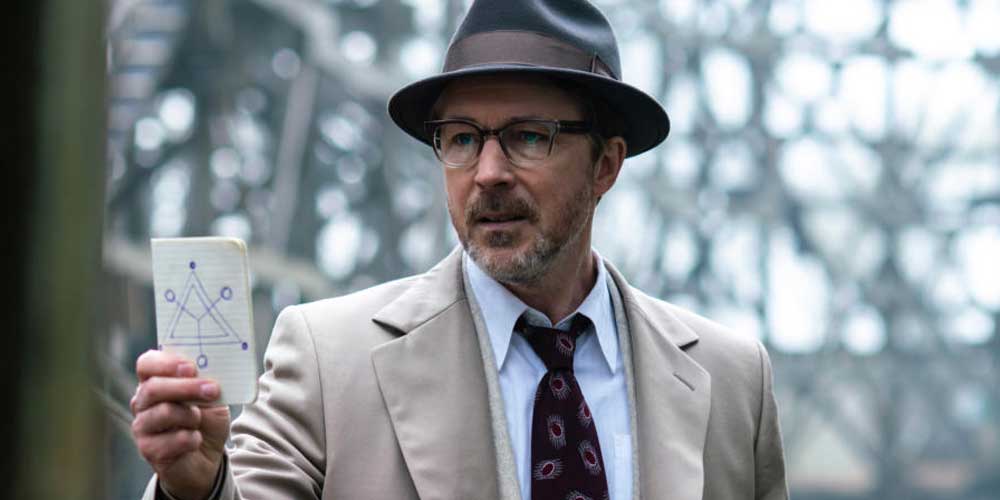 Dr. J. Allen Hynek is recruited by the U.S. Air Force to spearhead Project Blue Book, where he tries to debunk UFO sightings around the country through science, together with Air Force Captain Michael Quinn.

Fans of The X-Files are probably gonna love History’s latest show Project Blue Book. Set in the post-Cold War mass hysteria of the 1950s, it’s easy to see Dr. Hynek as this era’s Mulder, and Quinn as the skeptical Scully. The series bases itself from a true-to-life operation called Project Blue Book, which had amassed a total of 12,600 cases of UFO sightings across America – some of them remaining unexplained.

With a promising premise, and a legitimately fascinating historical backdrop, Project Blue Book might just be the best new craze on History Channel. 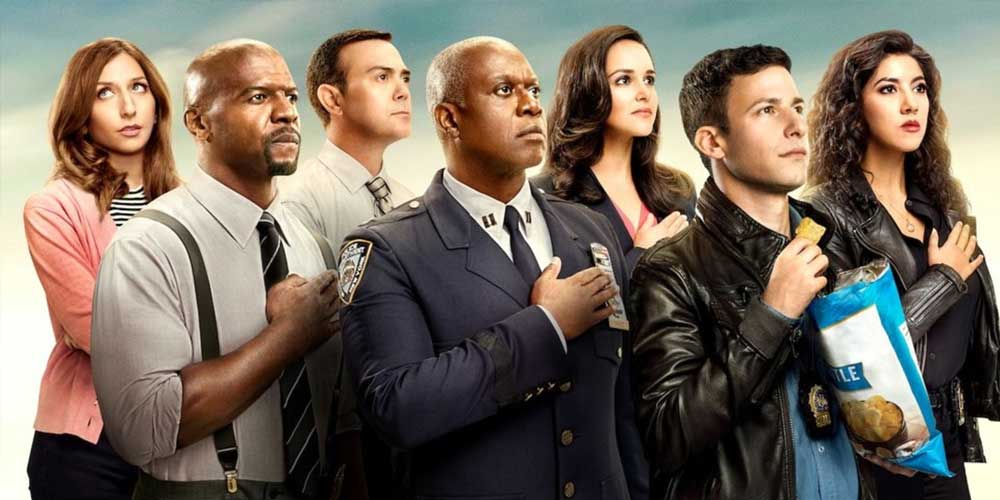 Award-winning Brooklyn Nine-Nine is back for its sixth season and it promises to be the best yet! This single-camera ensemble comedy follows a talented, but carefree, detective gets a new captain with a lot to prove.

There are a lot of things to love about Brooklyn Nine-Nine, from its wholesome humor designed to bust your lungs at every episode, to its diverse and absolutely iconic characters. Maybe it’s the way they are able to tackle very real societal problems in a smart yet funny way – all without being disrespectful. Or maybe it’s the way the team has such a strong bond with each other that is such #friendshipgoals.

Frankly speaking, there’s an innumerable amount of reasons to watch Brooklyn Nine-Nine, and none at all to the contrary. Definitely a must-watch, especially if you're set on starting 2019 on a positive note. 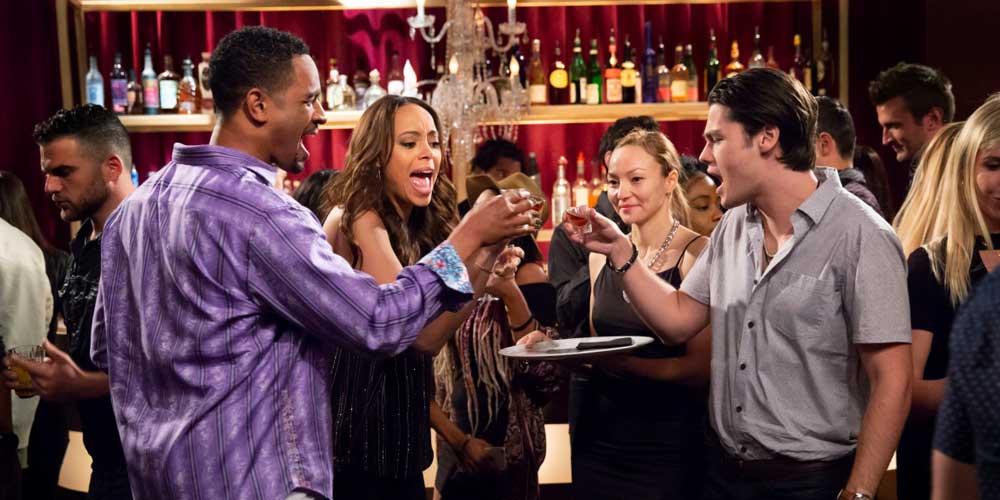 The lives of a 30-something happily married couple, Jake and Claire, turn upside down when a young pop star, Cooper James, drawn to their super ordinary suburban life unexpectedly moves in with them.

Light-hearted, easy to watch, perfect for Monday nights after a stressful day at work. Reminiscent of a grown-up version of Disney’s Hannah Montana, Happy Together boasts an excellent lead cast, with occasionally hilarious jokes about married life, and a pop star’s woes about life in the limelight.

Fun fact: the pop idol Cooper James’s uncanny resemblance to Harry Styles is no coincidence. In fact, Harry Styles himself is credited as a producer of the show, and it’s no secret that the artist's 20-month stay at his producer's place had served a major inspiration. 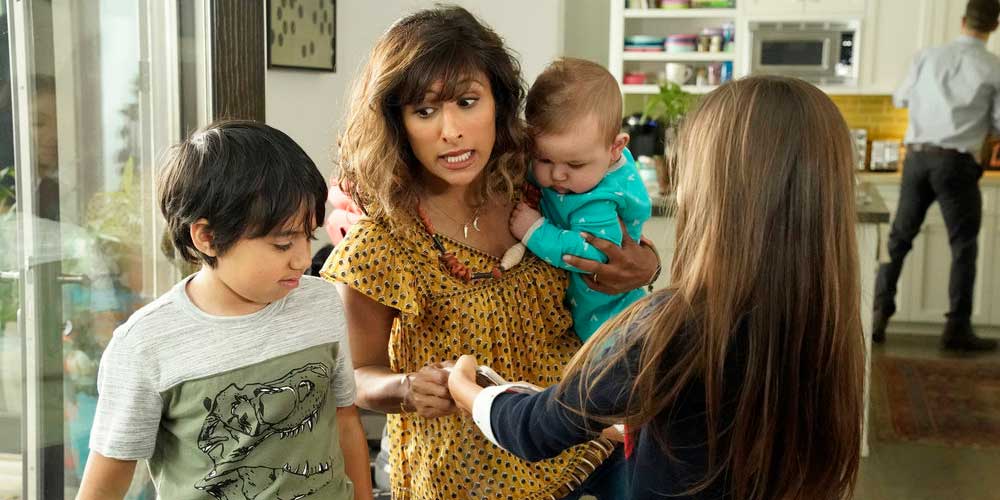 Emet is the perfect mom, boss, wife, friend and daughter. Okay, she's not perfect. In fact, she's just figuring it out like the rest of us. But that's okay, right? Nobody can have it all and do it perfectly.

There are plenty of stock sitcom mom characters, some more memorable than others, but perhaps none as honest and grounded as Emet in I Feel Bad. Emet isn’t perfect, is aware of the fact, and, as many can probably relate to, hates herself to a degree for being so imperfect. Following her perspective as she struggles to balance family and work makes for a comedy that’s equal parts escapist and relatable.

It might not be the best sitcom to come home to on Monday nights, but you won’t feel bad tuning in to the show either. 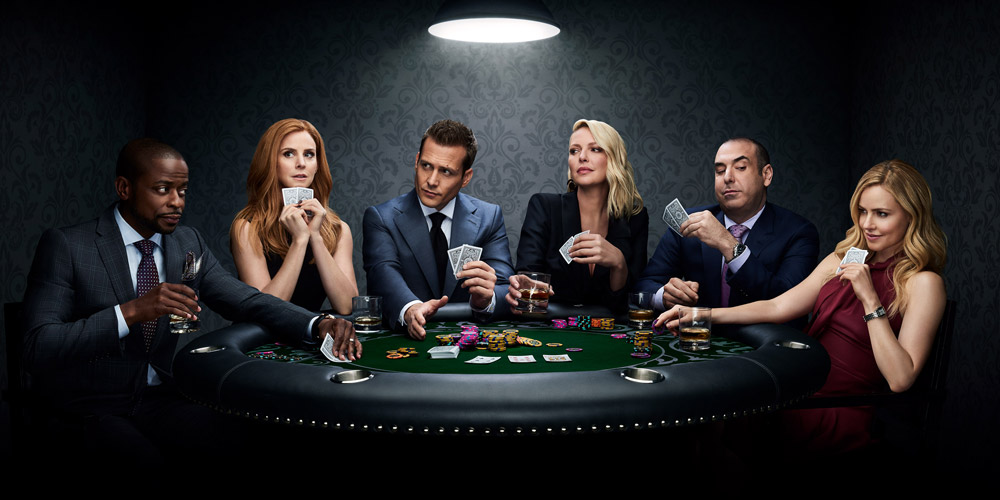 With Patrick J. Adams departing from the show and Meghan Markle retiring to her new life as a Royal, SUITS ramps up their drama for the eight season with everything from new characters to shifting alliances, internal power plays and fiery relationships.

Meghan and Patrick may be gone, but the show carries on, and with the addition of Katherine Heigl, along with a few other changes, Suits comes back stronger than ever on its 8th season. The intensity goes up a few notches, with a great deal more emotionally-charged scenes that will have you leaning from your seat.

With a lot going on nearly all the time, and the pacing growing fast and frenetic, you’ll never want to miss out on a single episode. 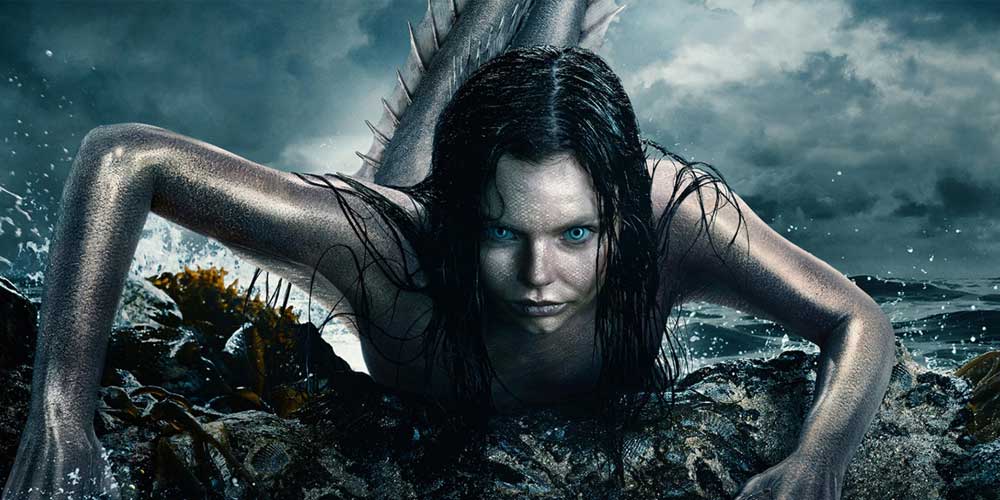 The mysterious mermaid Ryn sprouts legs and begins to wreak havoc in the small fishing town of Bristol Cove, which is famous for its legend of once being the home to mermaids.

If you haven’t dived into this aquatic adventure yet, now’s your chance to binge. Fantasy meets reality in this series, but instead of extra-terrestrials bent on saving (or destroying) the planet, Siren showcases mermaids who are very much real and natural as any other mammal, and absolutely done with scientists trying to probe into their business.

Cast away any images of a singing damsel in fins, because the mermaids (and mermen) of Siren are here to debunk them, and more. 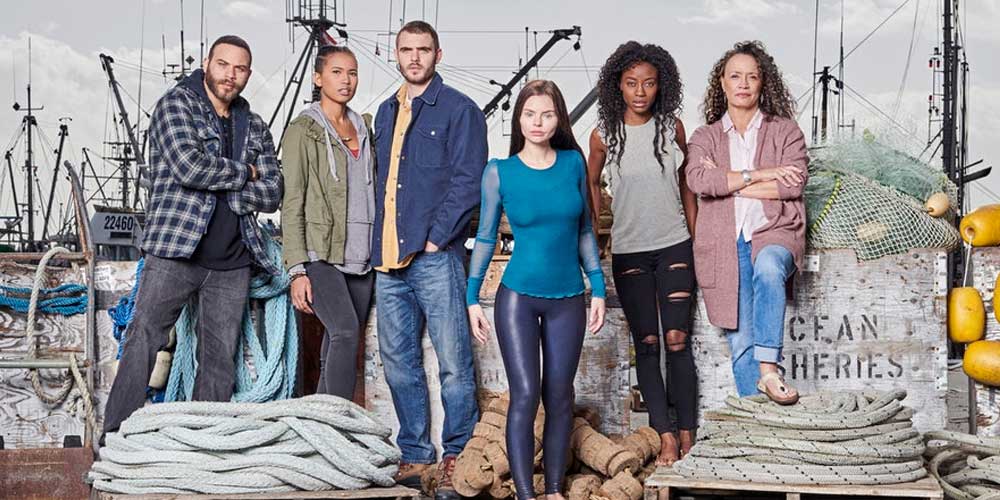 The plot thickens in this second season, as more drama and more mythical creatures stir havoc in the once-quiet town of Bristol Cove.

Here’s the reason why you’ll get the crash course on Siren earlier – the premiere of Siren Season 2. If you’ve gotten hooked on all the mermaid drama of this series, you’ll be glad to know that this time around, an additional 6 episodes have been guaranteed for this season, after much support from the 10-episodic first season.

More mermaids to come and a refreshing take on the stale TV love-triangle subplot are on the horizon this January, so be sure to tune in.

Special Two Channel Premiere:
Can't catch the premiere on Jan 27? No worries! Tune in to Blue Ant Extreme on Jan 28, 8:55PM, for the first episode of Siren S2. 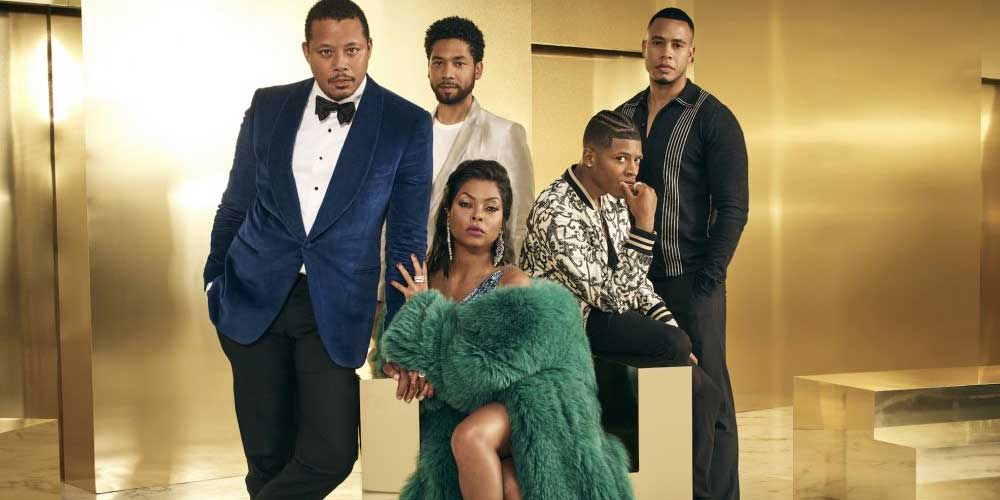 Lucious Lyon is the king of hip-hop, and founder of media company, Empire Entertainment. But his company and reign are constantly threatened by his ex-wife, his sons, and a volatile and competitive music industry.

If you’re not already obsessed with these series, you should really get with the program and tune in, if for nothing else than seeing Taraji Henson’s captivating role as the fierce Cookie Lyon. Beyond that, there’s a lot still going on for the show to be really addicting – including, but not limited to, the very true-to-life issues it takes on, the hit singles that accompany nearly every episode, and the dozens of cameos from famous singers.

Empire is everything you want in a drama series – especially one based on the life of Jay Z – and on its 5th season, it’s only bound to get more epic.

New year, new shows, new seasons.
Welcome, SKY Kapamilya!
We use cookies to improve your browsing experience.
Continue to use this site means you agree to our use of cookies
Tell me more!
×