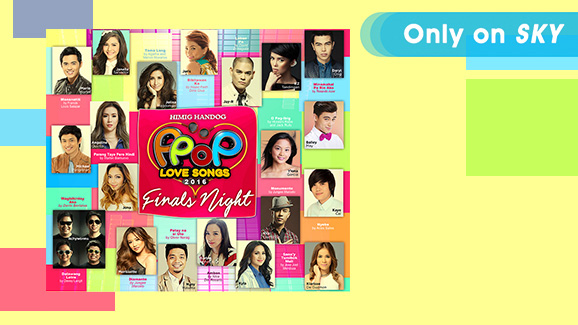 Himig Handog P-pop Love Songs 2016 is a multimedia songwriting and music video competition operated by ABS-CBN and Star Records. It is a worldwide search for the best OPM love songs.

The Grand Finals Night will be held at the KIA Theater on April 24, hosted by Kathryn Bernardo, Enrique Gil, Liza Soberano and Robi Domingo with a special performance by Daniel Padilla. The 15 finalist songs will be interpreted by top recording artists and singers during this event.

Catch the Grand Finals Night LIVE and in HIGH DEFINITION on April 24, 2016 on SKYcable FREEVIEW!

SKY FREEVIEW brings you the Himig Handog P-pop Love Songs 2016 Finals Night
Welcome, SKY Kapamilya!
We use cookies to improve your browsing experience.
Continue to use this site means you agree to our use of cookies
Tell me more!
×